When you are new to a sport, sometimes it feels like everyone else is speaking another language. The worst part is the veterans may not even realize that what they are saying sounds like gibberish! We are here to help you figure it all out.

Want to know what those different triathlon distances really mean? Here you go: 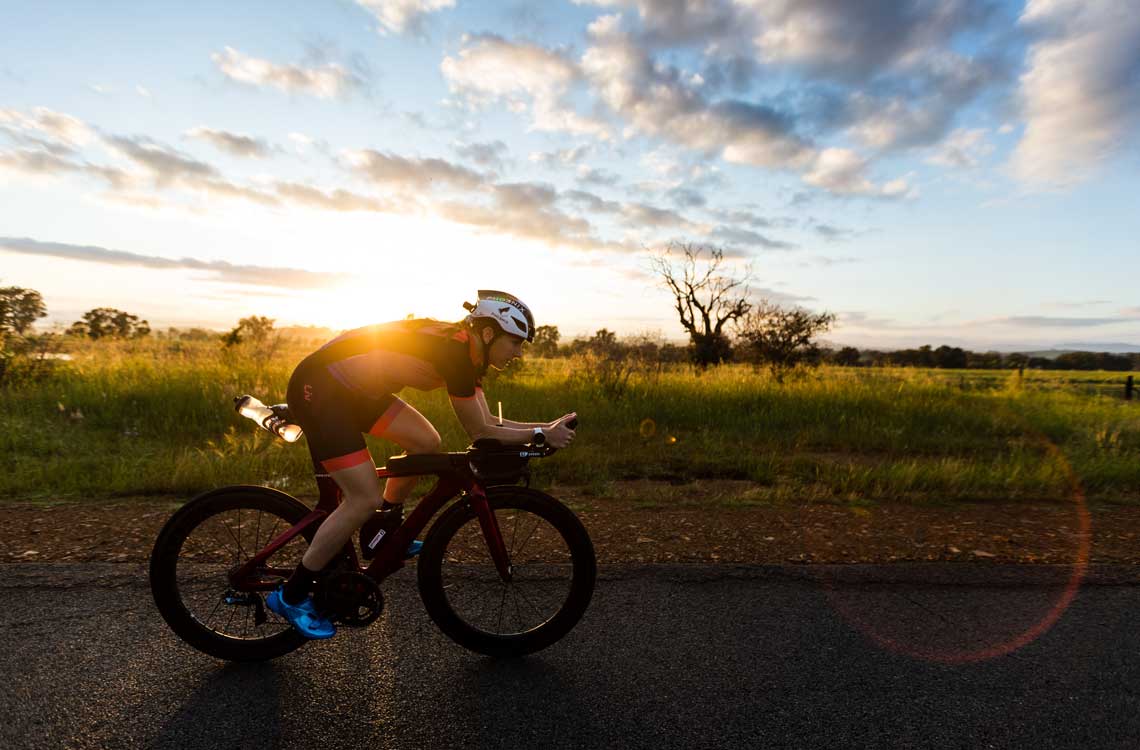 In some races, you start by running into the water to start the swimming portion of the triathlon. In a Floating Start, you start the race by treading water.

Jammers are tight shorts used for swimming while a Tri Suit is an outfit made with a triathlete in mind. It’s tight for swimming, but it also has some padding to make the biking a little more comfortable.

Aero refers to being aerodynamic. An aero bike frame is designed with special tubes to minimize wind drag. Aero bars are designed to allow the rider to lay their forearms flat, which also helps with wind resistance making you more aerodynamic.

For the rear gears, or cassette, (right hand, rear gears), when you down shift you are going into the big rings which are lower (easier) gears.

For the front gears, or chain rings (left hand, front gears), when you down shift you are going into the small rings which are lower (easier) gears.

Bike In/ Bike Out:

RPM means Revolutions Per Minute, or the amount of pedals strokes you take per minute while on the bike. This is also known as cadence. A good cadence is generally between 70-90 RPMs.

A cleat is the metal or plastic device on the bottom of your cycling shoes that attaches your shoe to a clipless pedal.

Clipless pedals are called clipLESS because they do not include a toe clip, or strap around your foot. For the most part, they are simply referred to as “clips” now-a-days. By keeping your feet attached to the pedal during the ride, you can have a more efficient, powerful and comfortable pedal stroke.

An Indoor Trainer is an amazing accessory to your bike that lets you ride inside of the comfort of your home! It basically turns your bike into a stationary bike!

Road vs. Hybrid vs. Tri:

Tri bikes tend to have aerodynamic tube shaping, specific geometry to get the rider in a position that will allow some muscles to rest, while others do all the work and sometimes aerodynamic nutrition and water compartments. Road bikes are generally meant for longer distances and general road riding. There are some road race bikes that will be slightly more aerodynamic and put you in a better position for achieving your triathlon goals. Hybrid bikes tend to have a more upright geometry that favors comfort over speed.

When you are in a gear that is too difficult for the terrain, you will have push hard on the pedals to move forward, causing unnecessary exertion and effort. 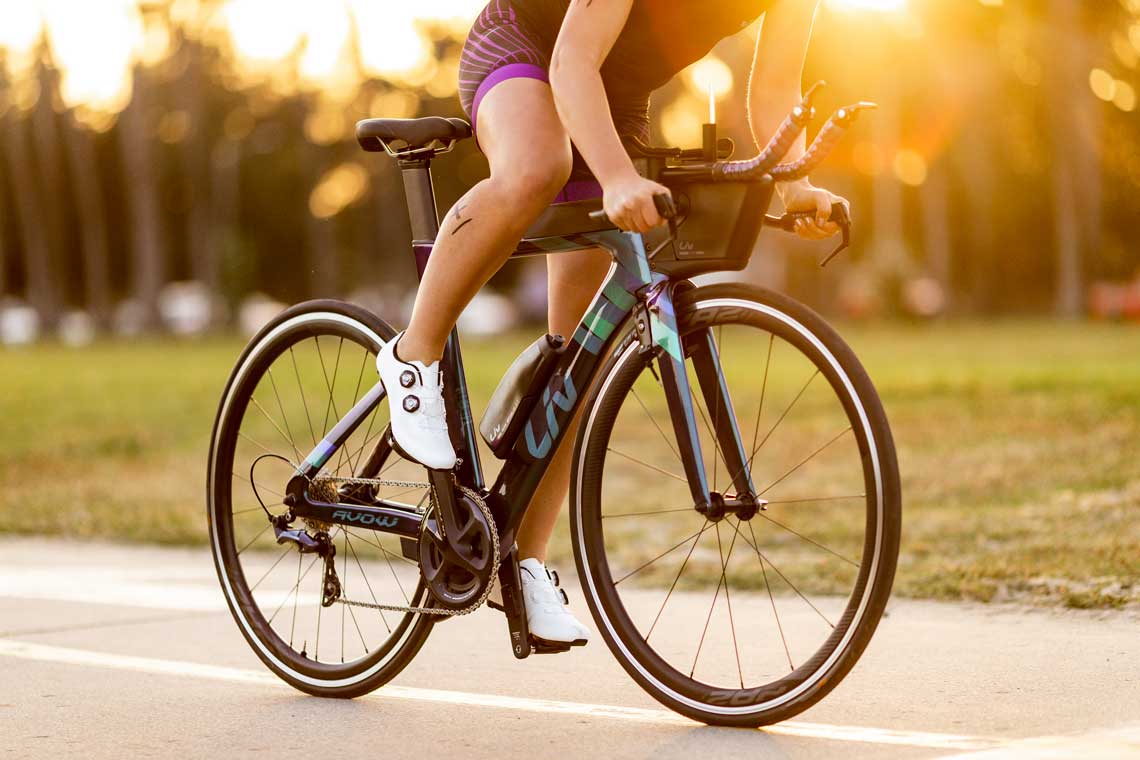 I had no idea what this meant, so I looked it up, and I realized that this is what I commonly do while running! It is a type of interval training which includes jogging, moderate paced running and short sprints.

Refers to someone that places more weight on the inside of their foot when walking or running.

A belt that you attach your race number to after the swimming portion of the race. You wear the race number on your back during the bike and on the front during the run.

Refers to a runner’s biomechanics—or the way they run (“Cynthia has a nice stride.”). Strides refers to short sprints in the middle of two sets of slower running as a part of a warm-up or training exercise 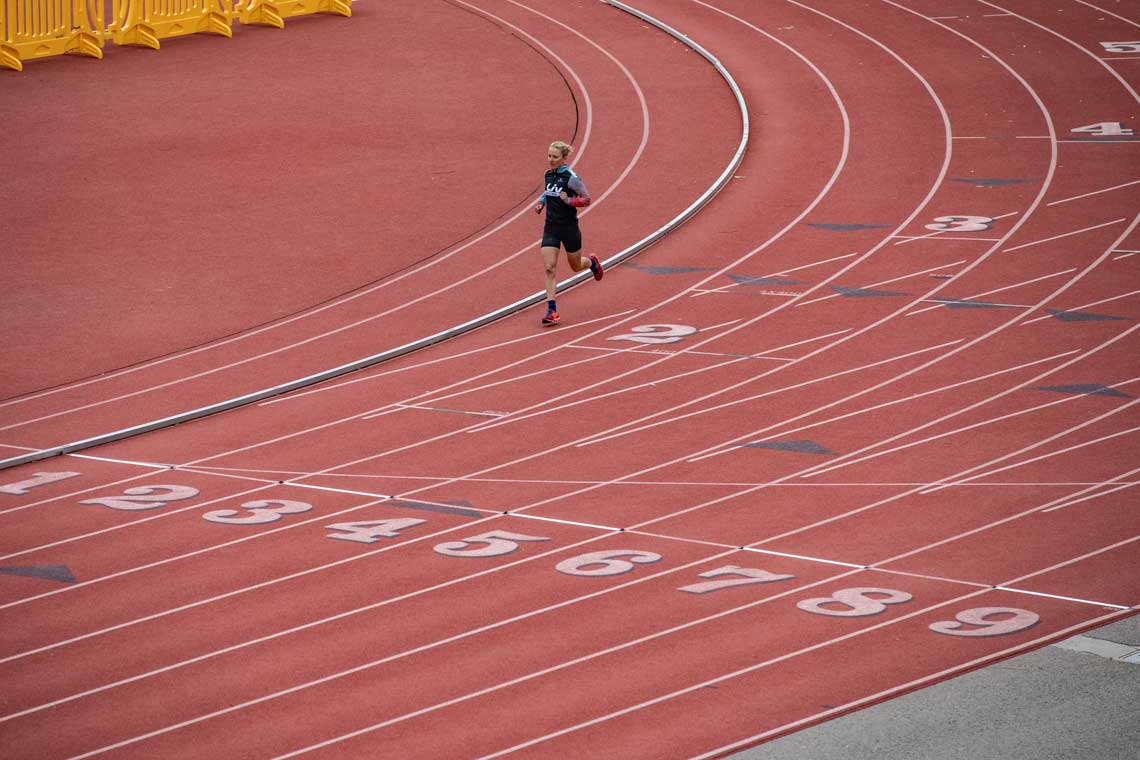 A base is what you build in training through speed, power, and endurance.

Body marking is exactly what the name implies. It’s marking your body with your race number, so you can be identified throughout the race.

A feeling of extreme fatigue brought on by your blood sugar levels becoming abnormally low during exercise. You can avoid the dreaded bonk buy eating and drinking while you’re racing and training.

Drafting is the act of riding close to the rider in front of you, enabling you to go faster with less effort. Drafting is illegal in some triathlons and legal in others. Make sure you know the rules of the triathlon you are participating in!

An area surrounding each person and their bike where—in some triathlons—you are not allowed to go. In non-drafting triathlons, keep about a three bike-length distance between you and the rider in front of you.

A race that doesn’t require a swimming portion, just the bike and run.

The outfit you wear during a race, usually consisting of a matching top and bottom.

What you pick up prior to race day that contains your race number, timing chip, and various race day goodies for pre or post race.

Training in cycles to avoid injury, over or under training.

Slowing down the pace and intensity of workouts, so you have time to recover and rest before race day.

The actual place where the transitions between the different legs of the triathlon occur.

T1: The first transition between the swim and bike.

T2: The second transition between the bike and run.

This is when groups are divided to start the race at different times. This helps with crowding, especially during the swim portion of the race.