Let's Keep our Eyes on the Prize

“When I came into women’s cycling in 2006, I was one of the lucky ones. I had never thought about earning money or being a full-time pro, but then I got the opportunity. I also saw that there weren’t so many opportunities. A lot has changed, and the recognition of women cyclists has increased a lot in general. In the whole cycling community, it’s still a man's world, but that’s also changing. It’s getting better and better with people behind it that push it and raise the bar like Liv.” – Marianne Vos

For pro women cyclists, the road can sometimes feel like a long climb. But for those of us that are here now, the road feels a lot less steep. We still have a long way to go, but just look back at how far we've come.

1984-89: Tour de France Féminin was held, but ultimately cut due to lack of media coverage and funding.

2012: Men and women competed in the same number of events in all cycling disciplines at the summer Olympics for the first time. Marianne Vos wins Olympic Gold.

2014: La Course by Le Tour de France was born. A one-day race for women on the final day of the men’s Tour de France on the Champ Élysées. Marianne Vos helped create the event and won the inaugural race.

2018: UCI announced a two-tiered system for women’s cycling that would lead to an enforced minimum salary of just above €30,000 for the top-tier (Women’s WorldTeams) by 2023, equal to the men’s Continental teams.

2019: UCI announced it would contribute a 10 percent increase in prize money at women’s races between 2019 and 2022, bringing payouts in line with men’s races.

“I think we can only be happy for what has happened. But of course, not sit still and wait because then nothing happens. We just keep going on and showing what women can do and what we are capable of.” – Marianne Vos 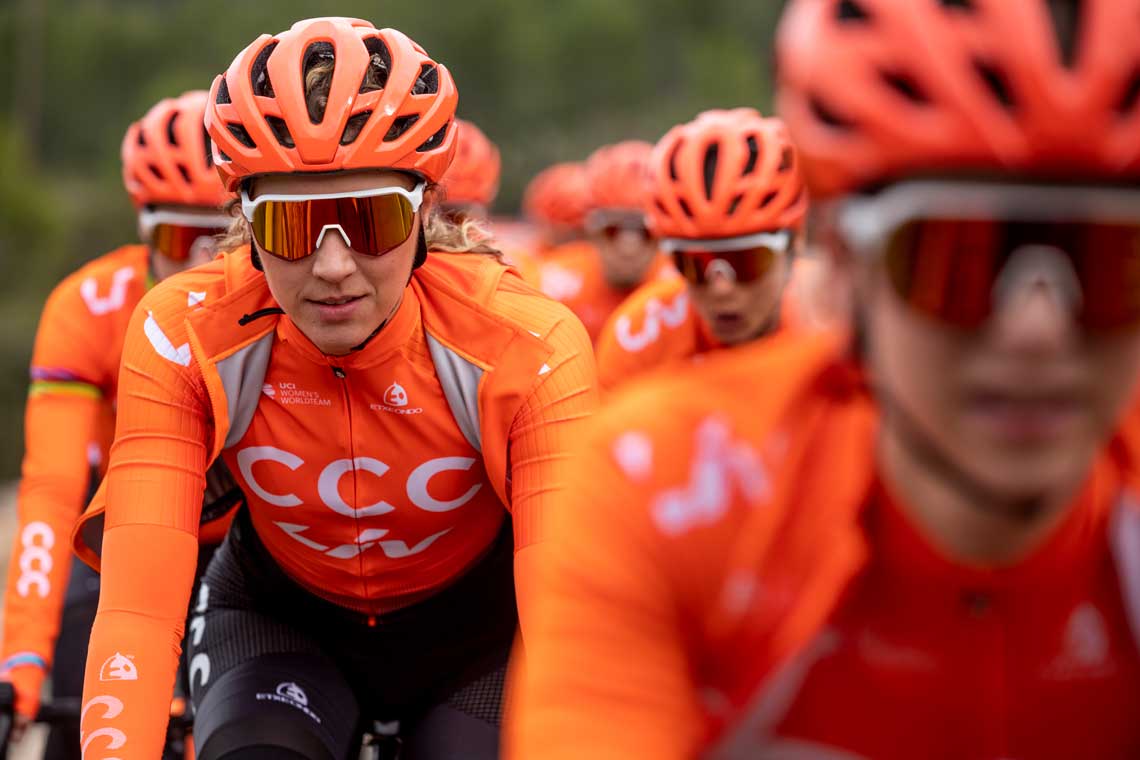 We ride like there is no tomorrow and for a better tomorrow. We envision a day when our daughters can dream of winning the same yellow jersey at the Tour de France as our sons. How do we get there? As we strive to achieve gender equality in cycling, we can all do our part: