Relentless and Beautiful, an Epic EWS Round #5

with RAE MORRISON and LEONIE PICTON 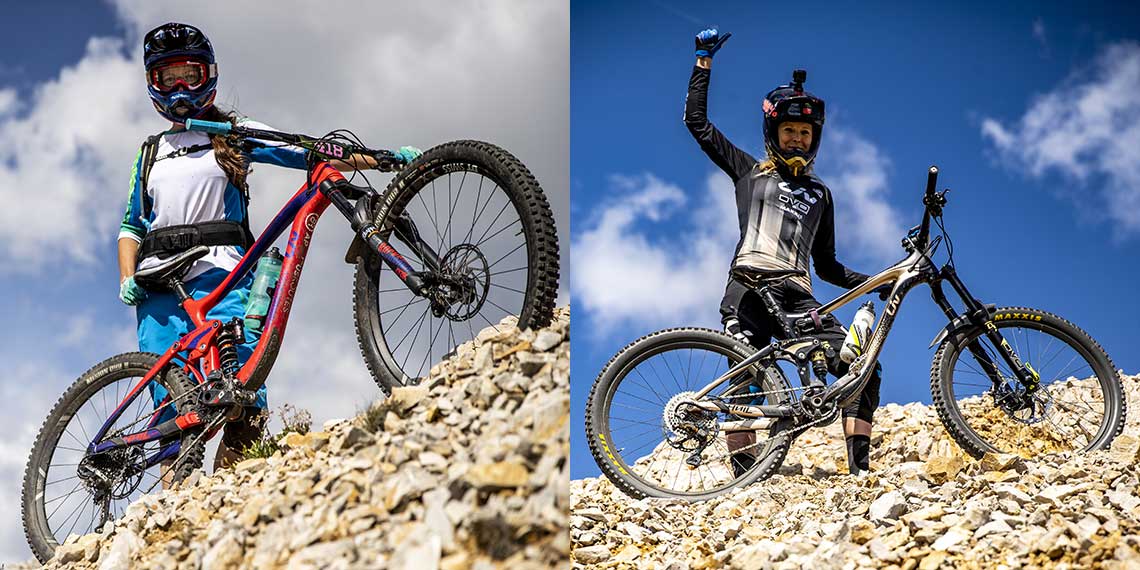 Racers were welcomed to La Thuile, Italy with sunny skies to practice in the shadow of Mont Blanc for the fifth round of the Enduro World Series. There was much talk leading up to race day, would it rain? Were the courses too steep, too fresh cut to handle a layer of mud? Who would be able to hold on at the bottom of such rough and relentless courses? Some were nervous… others were excited.

Rae Morrison of the Liv and Giant Factory Off-Road team was coming off of a solid finish just two weeks prior at the wild, rooty tracks on the border of Austria and Slovenia. Emboldened by great results and happy to be back in Italy, Rae was feeling ready for racing. 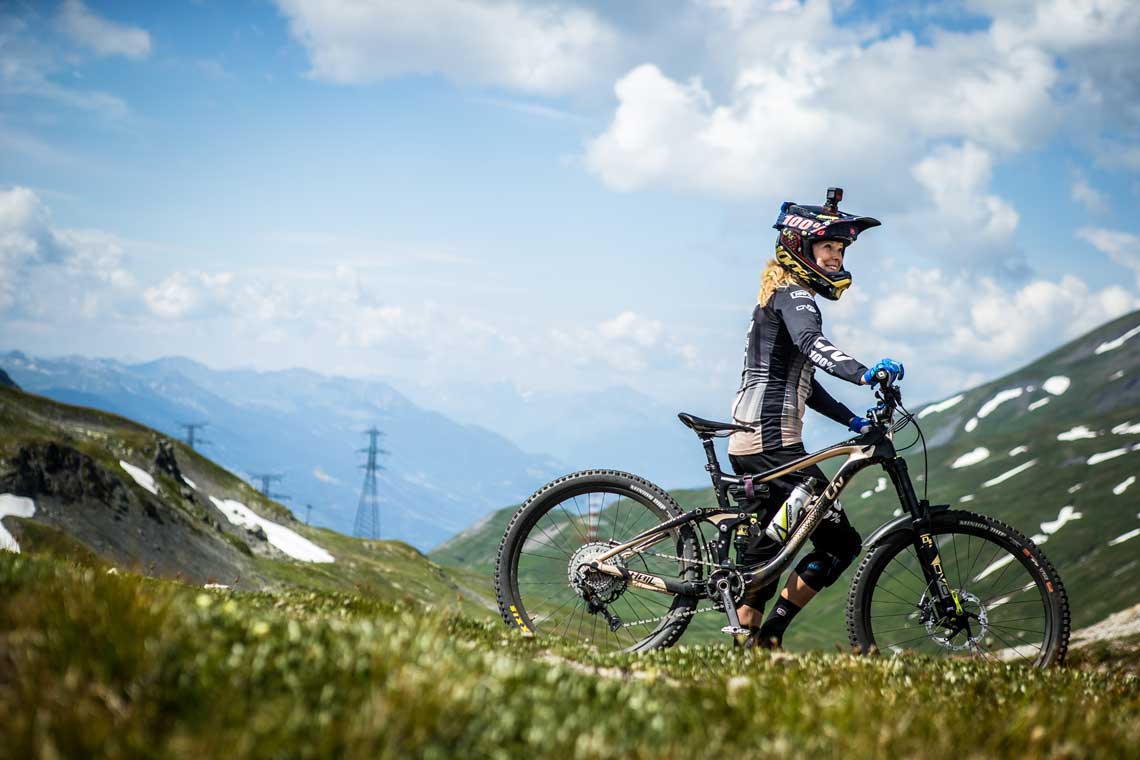 “I love everything about the trails in La Thuile,” said Rae. “The long technical descents are challenging and super fun, and of course the scenery is absolutely breathtaking: 360-degree views of beautiful mountains.”

But after a night of rain, even the racers who were comfortable on the steeps in the dust were faced with the challenge of the unknown – no one had the opportunity to ride the tracks in the wet so race-day decisions like tire choice were anyone’s best guess. Throw on a set of heavy mud tires for traction in the wet, or stick with the dry tires and make the two-hour climb to the top of the second stage a little more bearable? For the seasoned EWS racer, these kinds of altering track conditions have become a regular occurrence – but for athletes newer to the circuit, the thought of racing down some of the hardest trails in the world blind is stressful.

Liv athlete Leonie Picton arrived in La Thuile early in the week for her second EWS race of the season. The trails were daunting, even in the dry and would push her to the limit. 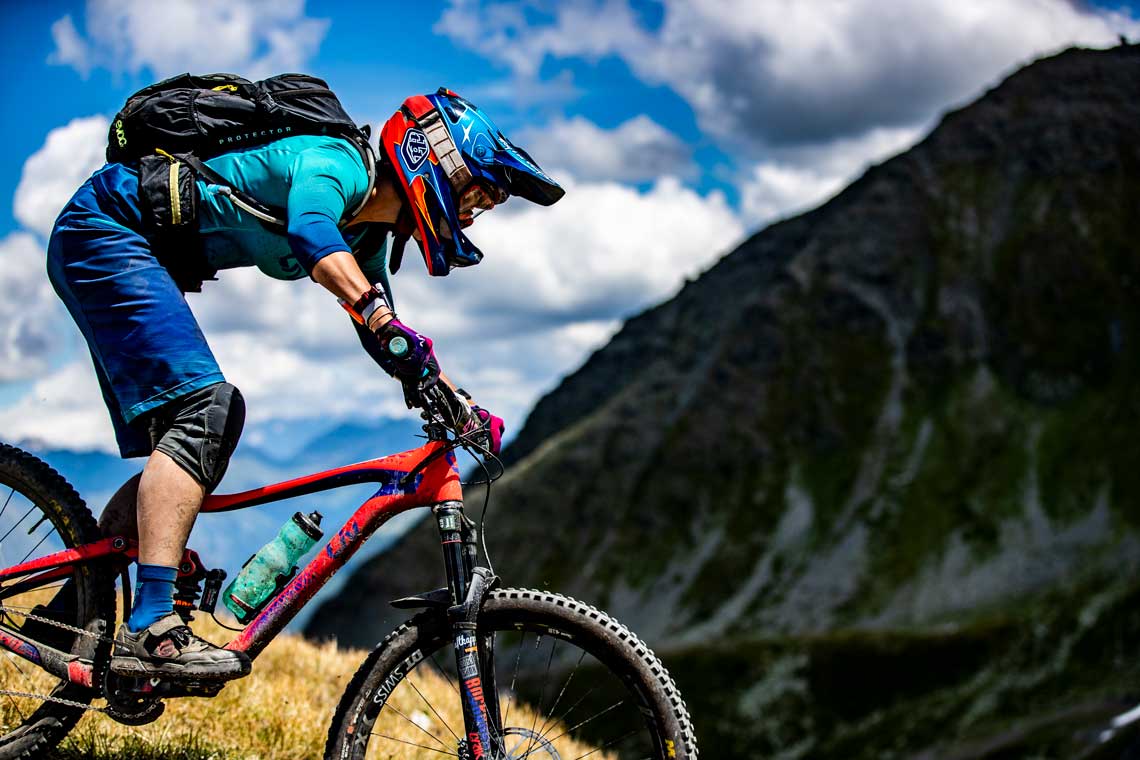 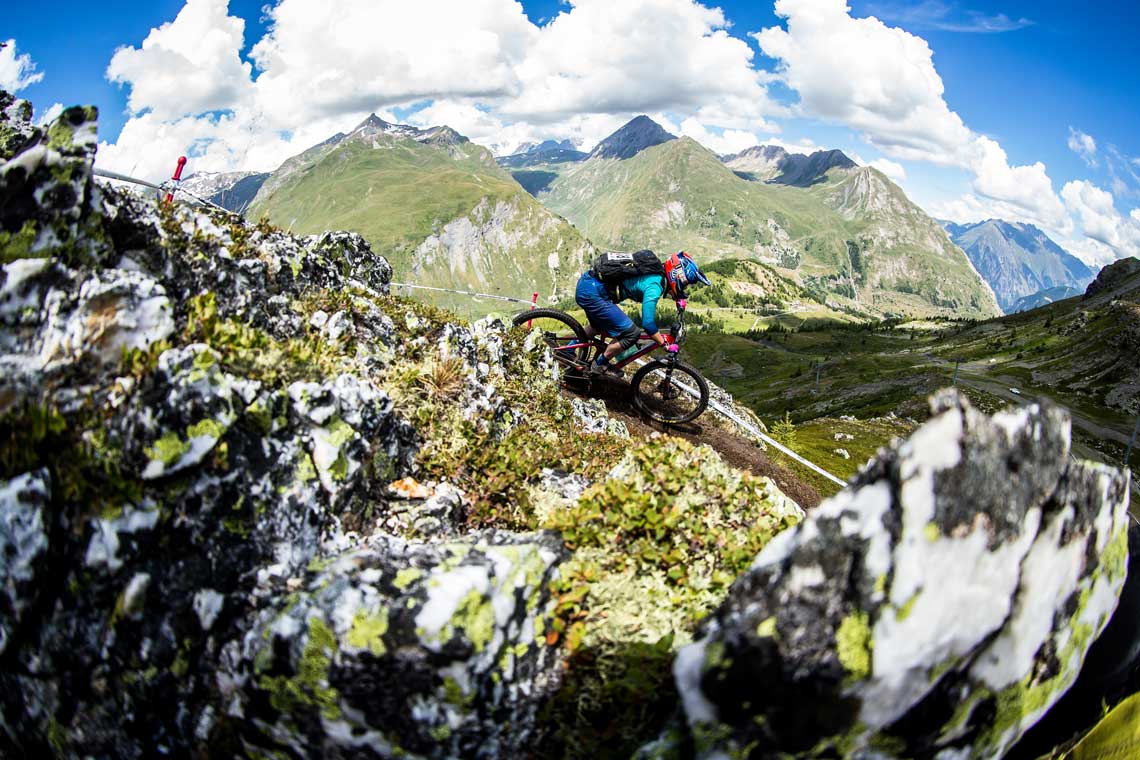 “Hearing the heavy rain and the lightning and thunder through the night turns your mind against you,” said Leonie. “Knowing these trails would be the steepest technical trails I have ever ridden and adding that amount of rain, I had to dig deep down inside and fight the fear that was rising within me.”

The race organizers did make some changes come Saturday morning, choosing to run the race in reverse order and eliminate a portion of a stage for rider safety. But regardless of the conditions, all racers were faced with the same task. Leonie’s nerves eased as she headed down the first stage – her favorite of the weekend.

“I was feeling so good atop my Liv Hail,” said Leonie. “I passed rider after rider. I was buzzing. The crowd was cheering and pushing me to ride harder.”

She finished 15th on the first stage, but faced a long transfer ahead. Many of the racers arrived at the top of stage two just minutes before their start time. Cutting it close wouldn’t allow those riders the opportunity to catch their breath before they dropped into the 10+ minute stage. It was risky, fatigue on a stage that technical would surely lead to mistakes. 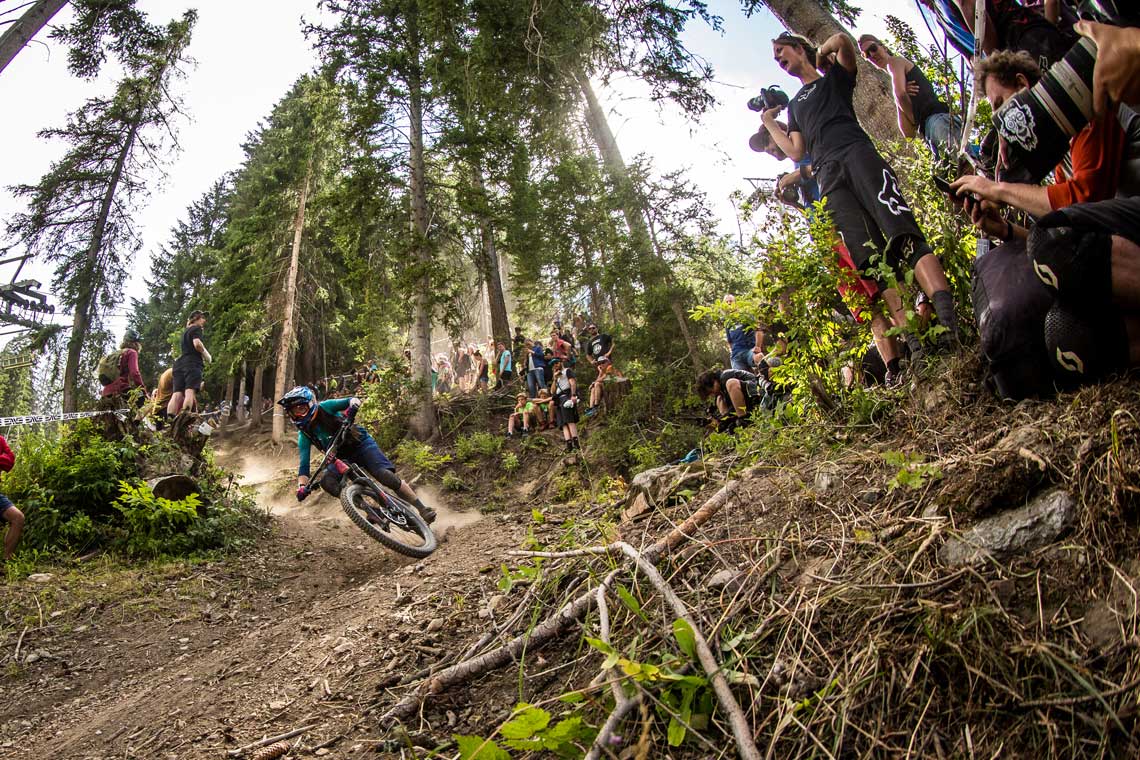 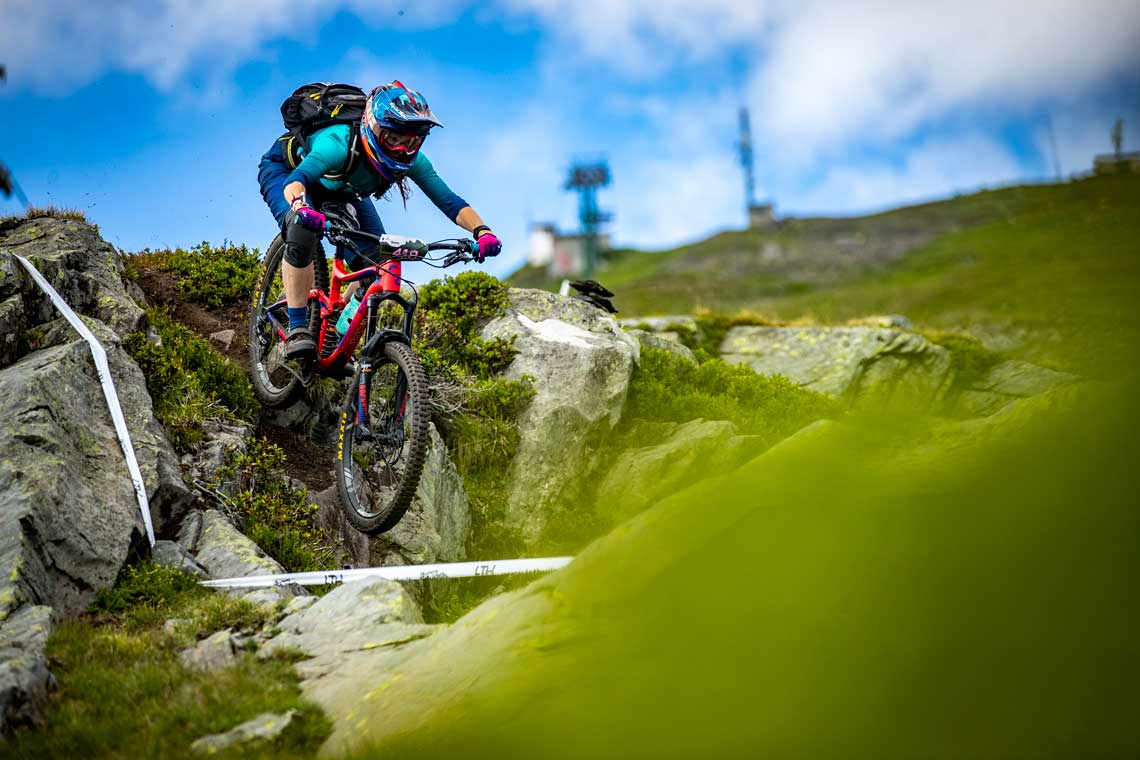 After a ripping run that left her in fifth place after the first stage, Rae dropped into stage two with confidence. But about halfway down, she was flying into a high-speed corner when she slammed into a rock on the side of the trail with her hand.

“The impact turned my bars, so I counter-steered to try and stay upright but ended up oversteering and rode off the side of the track,” said Rae. “I could still hold onto the handlebars and the pain was bearable so I made the decision the finish the day and race the final stage with my finger taped up.”

Unfortunately, a visit to the hospital after the day was done confirmed that Rae’s finger was badly broken and she was forced to sit out Day 2 of racing. 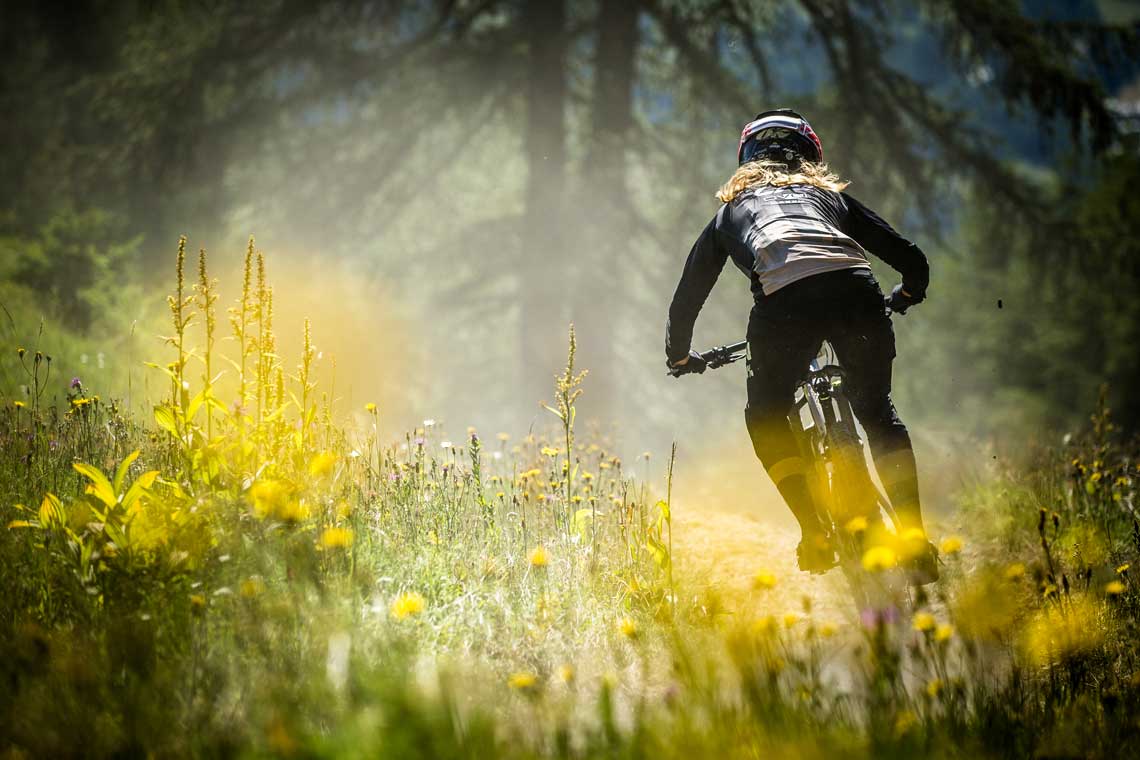 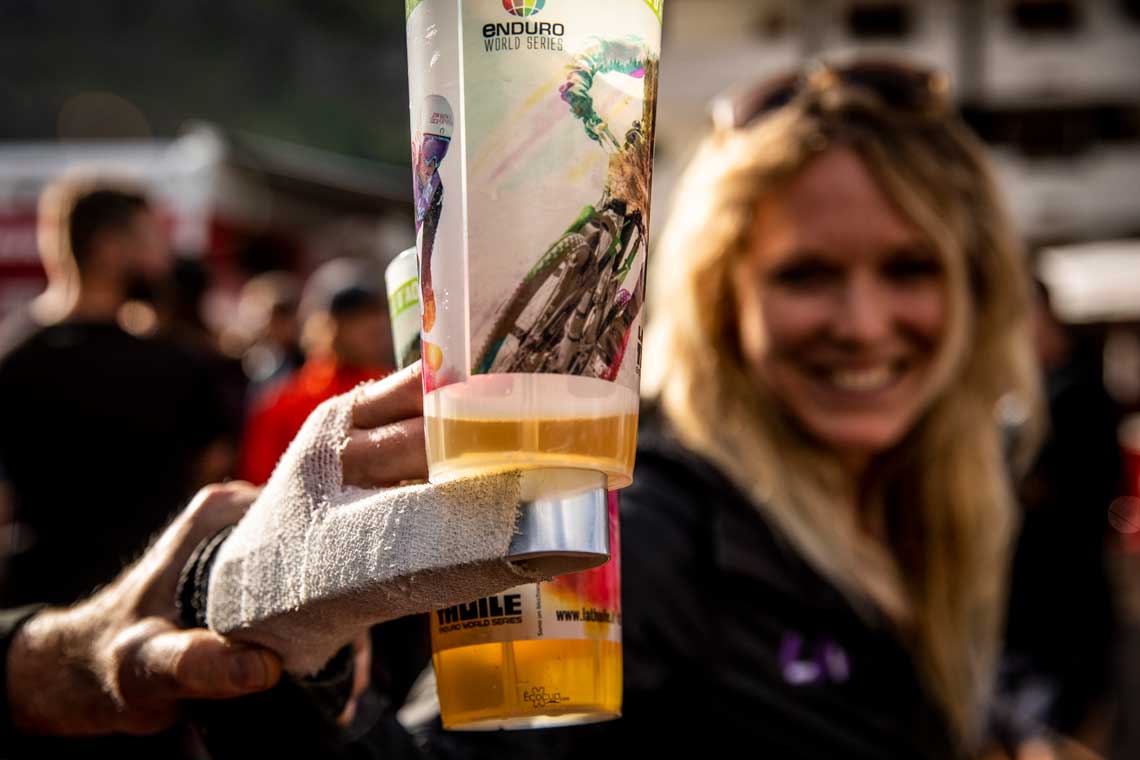 Though Leonie’s stage two didn’t end in broken bones, she struggled with lack of energy.

“Fatigue will do weird things to your mind and your body,” Leonie said. “Your brain stops talking to your muscles, or at least your muscles stop listening to the signals coming from the brain. I felt like a passenger on my bike. My eyes wouldn’t focus. My movements were delayed. I was making mistakes at every turn. I was happy to see the finish line on Stage 2. I was glad to have made it to the bottom in one piece.”

Leonie rode a strong second day and finished with a respectable 17th overall. Rae will undergo surgery on her finger in Canada, poised near Whistler should she be able to miraculously rehabilitate her hand in time for the next round of the Enduro World Series, coinciding with the Crankworx event. The next round finds Leonie in her own backyard, where she will look to improve upon her result from last year and continue her upward trajectory. 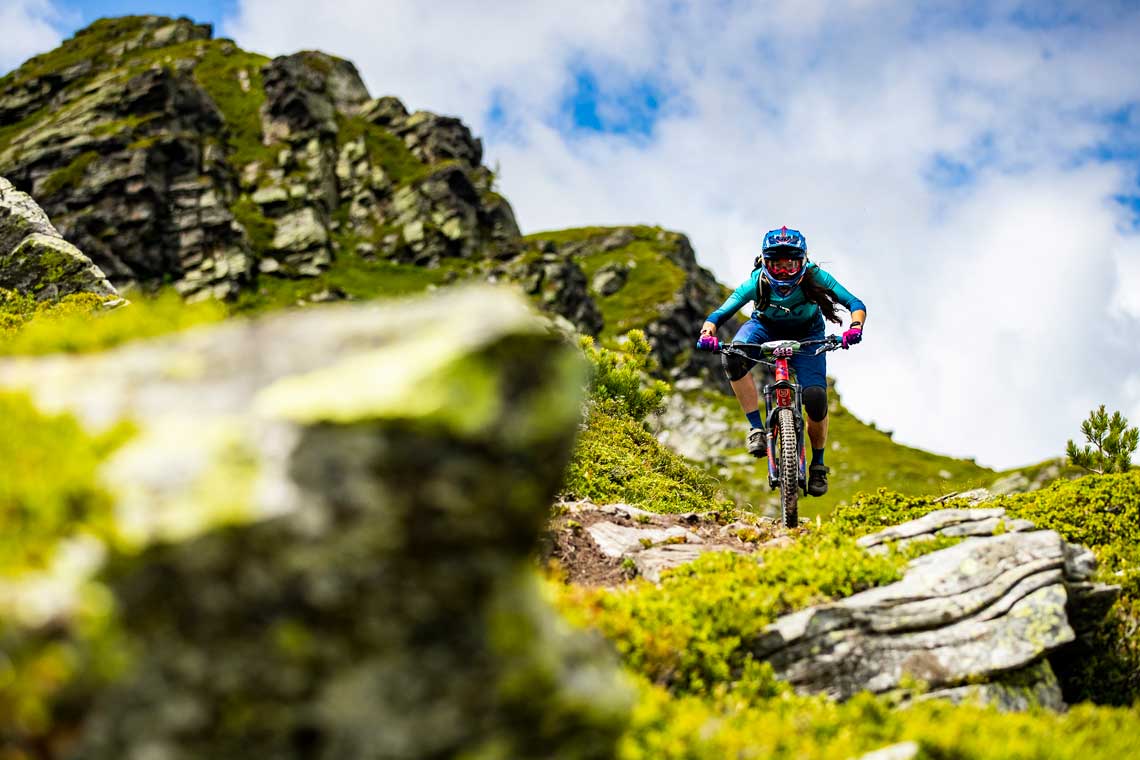