With only eight days to rest, recover and prepare since the 2021 Enduro World Series season got underway in Canazei, the Liv Racing enduro squad was back on track rounds 3 & 4 in La Thuile, Italy. A five-hour drive west, the athletes would be riding in the shadow Mont Blanc – the highest mountain in the Alps of Western Europe. As with Canazei, altitude and weather would play key roles. Also like Canazei, athletes would race the course in two back-to-back races.

The first of the two races, which took place on Thursday, consisted of four stages totaling 30km course with 2700 meters of descending. The riders would then have one day of rest before kicking off the second race with a new Pro Stage on Saturday, followed by the same four stages on Sunday totaling 34km and 3370 meters of downhill.

We got the low-down on the two races from Liv Racing Collective athletes Leonie Picton and Rae Morrison as well as Liv Factory Racing athlete Isabella Naughton. 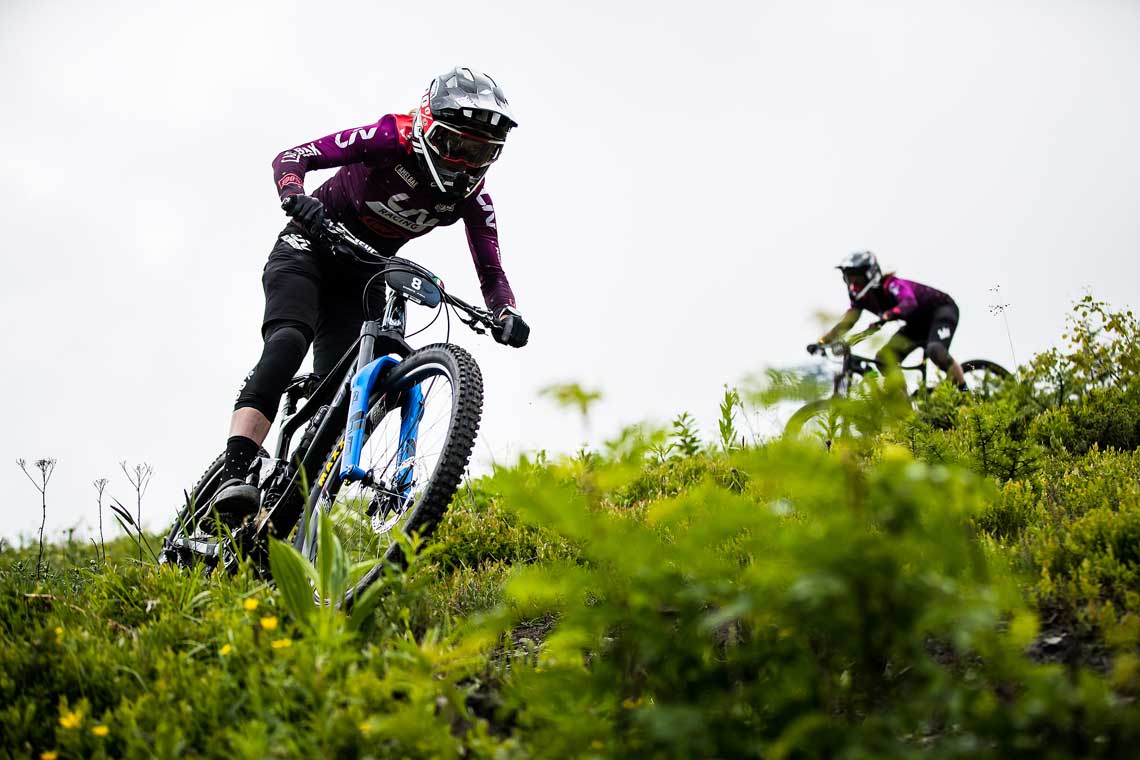 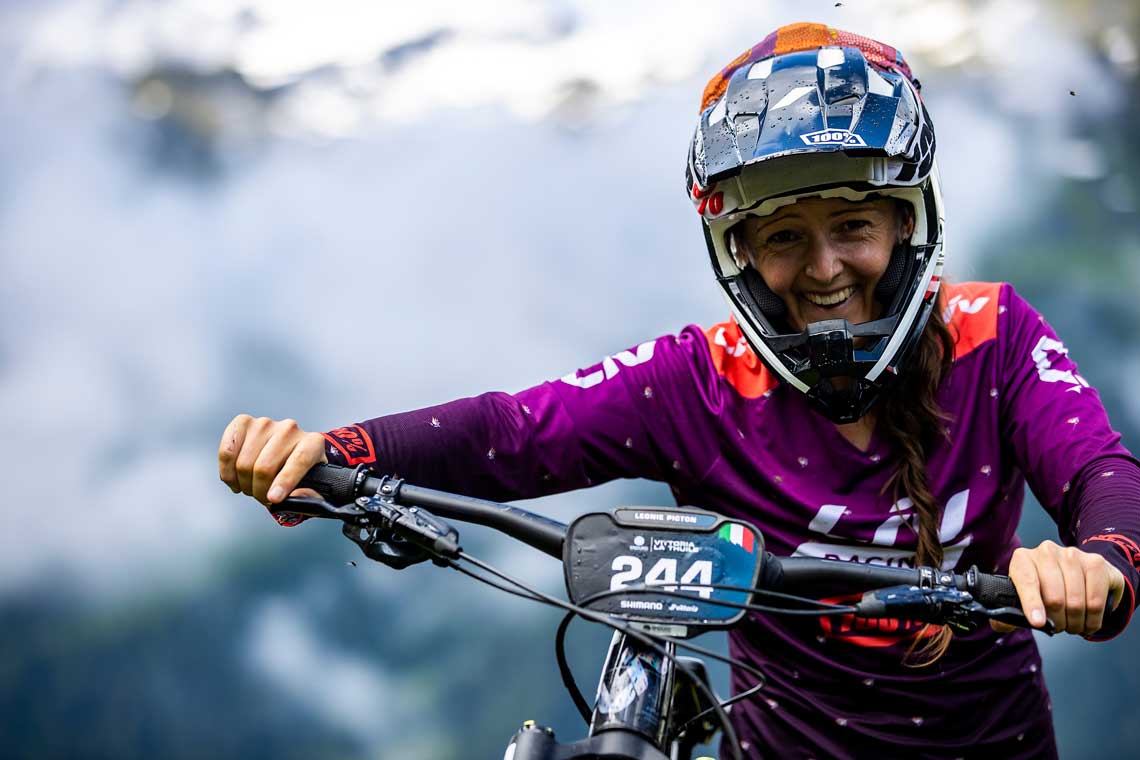 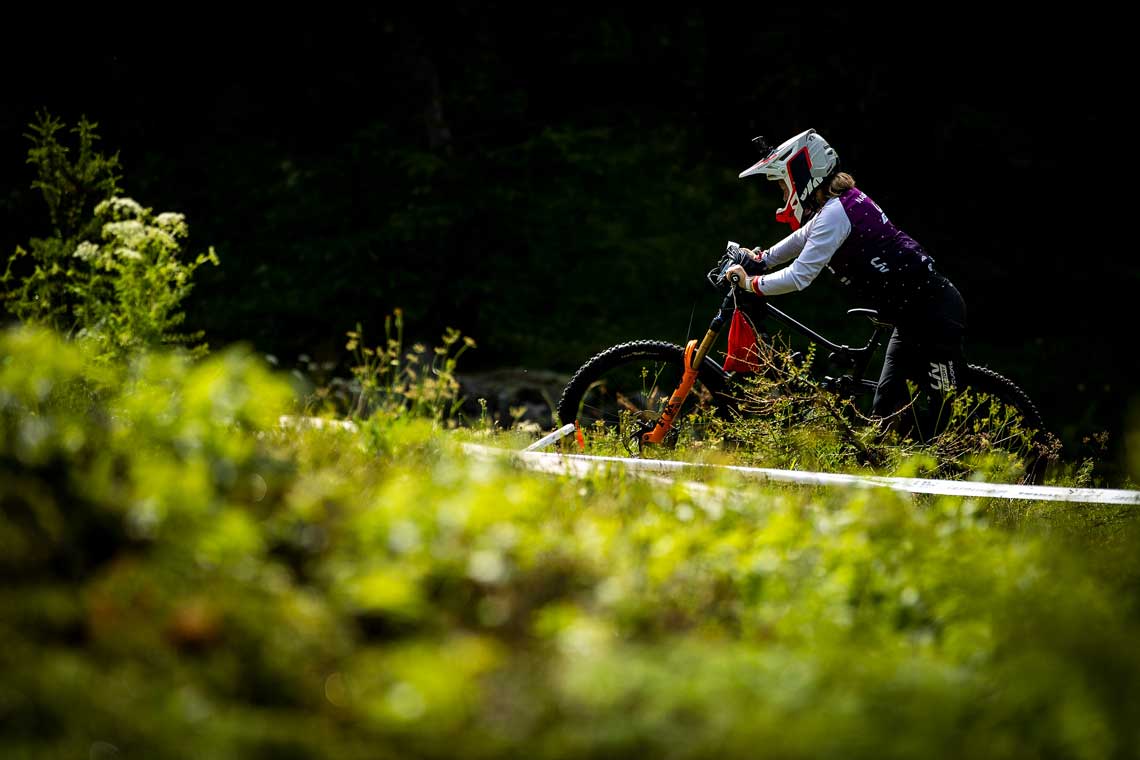 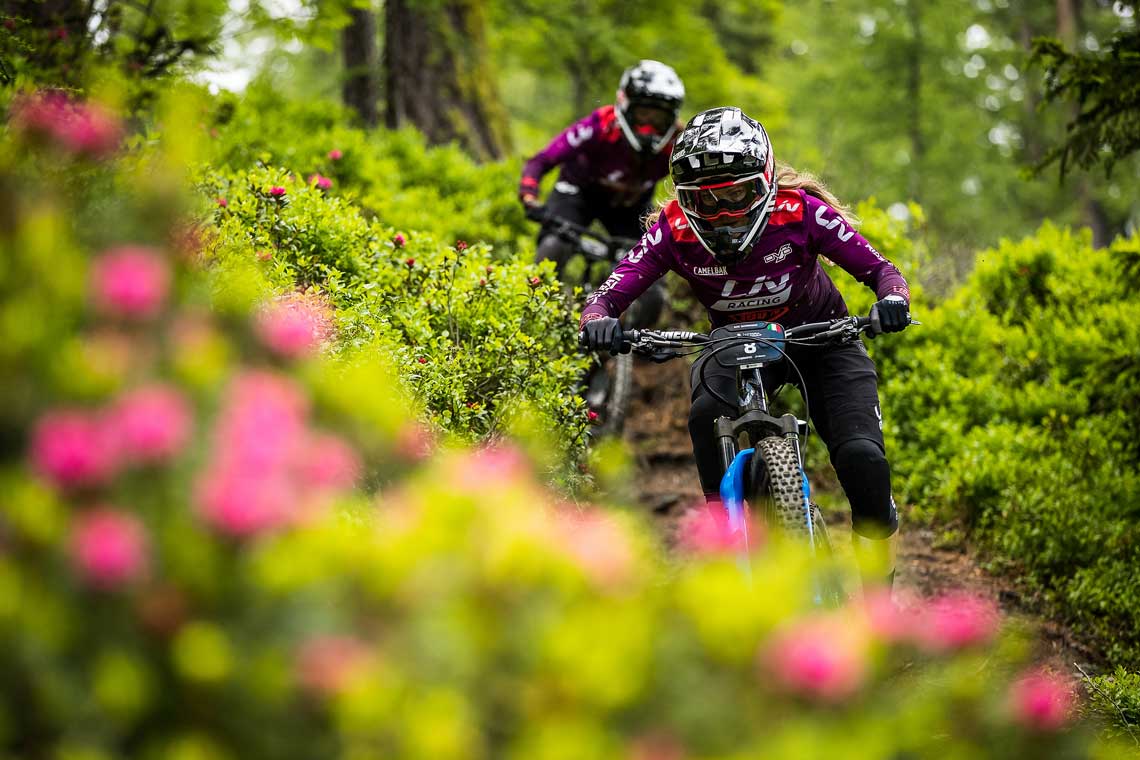 Liv: How did you prepare for this race after Canazei?

Rae: We only had one week off between the races, so I had a pretty easy week leading into the race. I did a few easy rides, several days at the bike park, and stayed at high altitude to help with the acclimatization.

Liv: What were the trails like in La Thuile compared to Canazei?

Rae: In La Thuile, the tracks are steeper and faster. But, Like Canazei, it rained leading into the race with a few thunderstorms passing through. The trails became pretty slippery with endless amounts of wet rocks and roots. 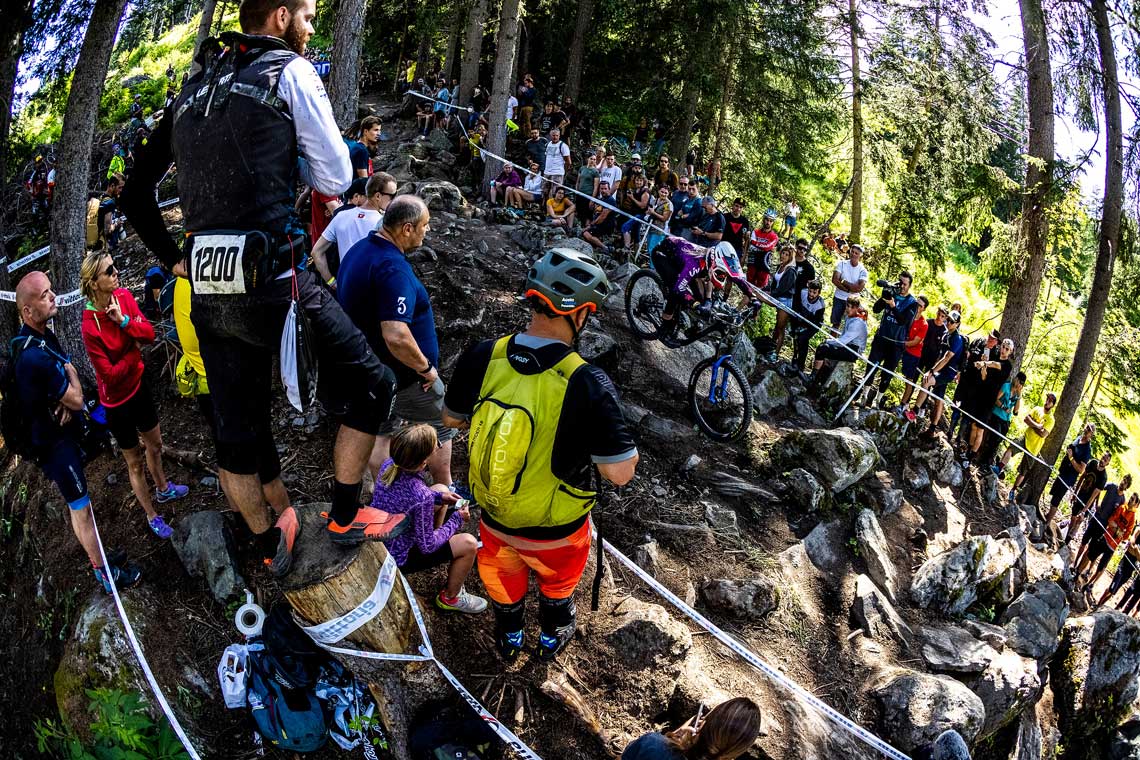 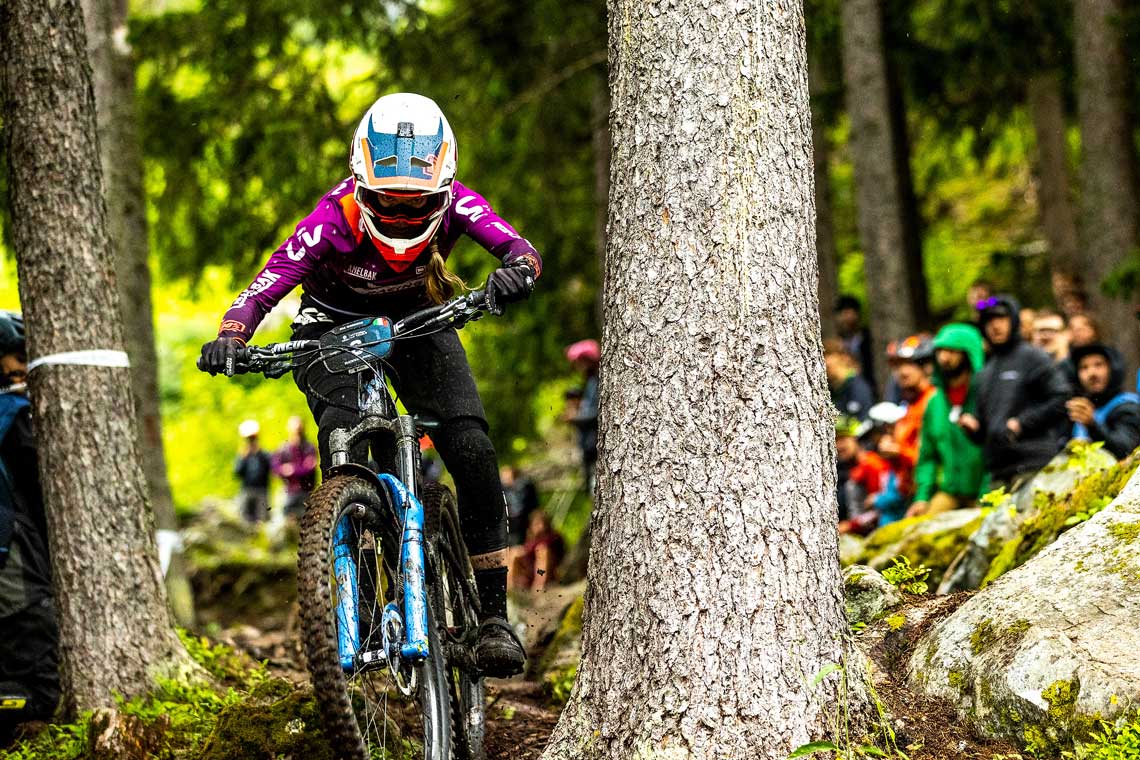 Liv: What was your best stage of the first race on Thursday?

Rae: On the first stage, I remember not being able to see anything. The dappled light was so patchy that my eyes struggled to adjust. I rode the stage as fast as I could and was just hoping not to hit anything bad. It ended up working and it was my best stage of the race – I finished sixth.

Liv: What do you do for recovery with only one day between the two rounds?

Rae: I spend the day off between the races focusing on good nutrition and prioritized sleep to recharge the batteries as much as I could before we went between the tape again. I was coming into the race feeling quite fatigued with all the racing and traveling. But I was super determined to do well. 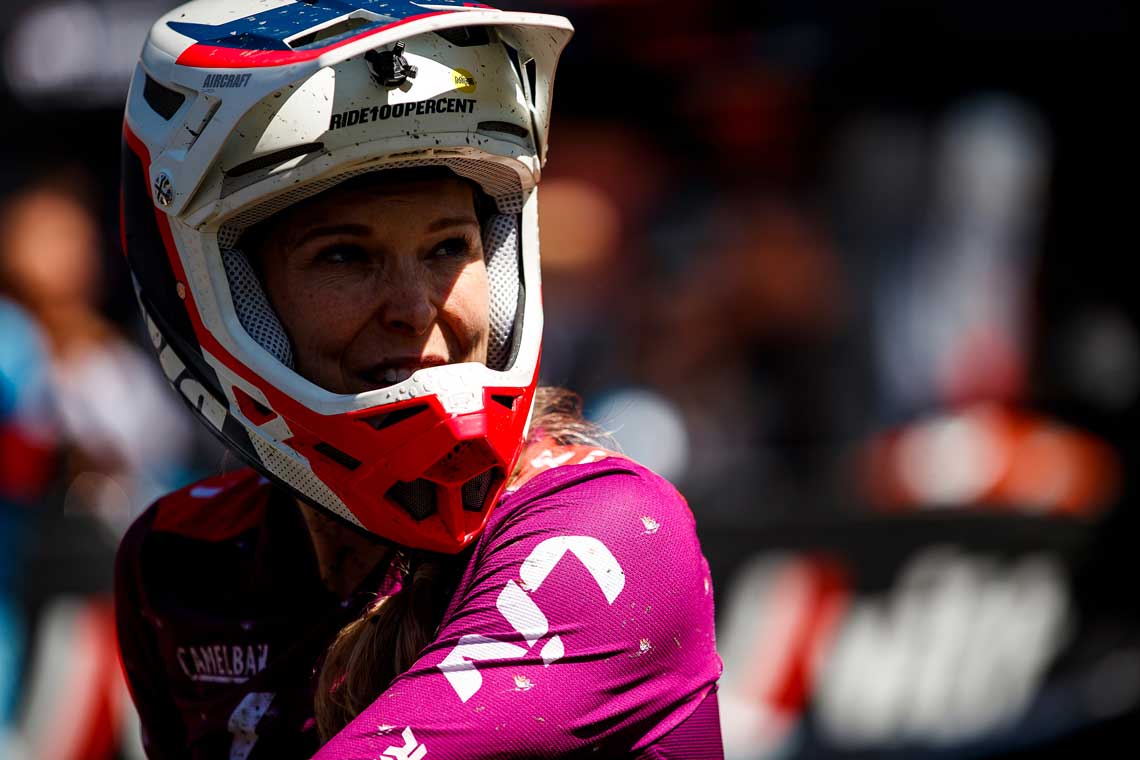 Liv: How did you fill your time between EWS rounds 2 & 3?

Leonie: Part of the down time included watching the Les Gets World Cup XC and DH. It was so inspiring to see my teammates compete in such brutal conditions.

Liv: How did you feel coming into race week in La Thuile?

Leonie: Unfortunately I had a sizable crash in practice the day before the race. I re-injured an old MCL issue and added more intense bruising to my right thigh. The night before the race, I had a knee brace on my left leg and compression bandages on my right leg. I was feeling very discouraged and those feelings only increased with the torrential rainstorm that rolled into the valley that evening and continued through the night. I was determined to get to the start line in the morning, but I really wasn't sure if I was capable of riding at my best. 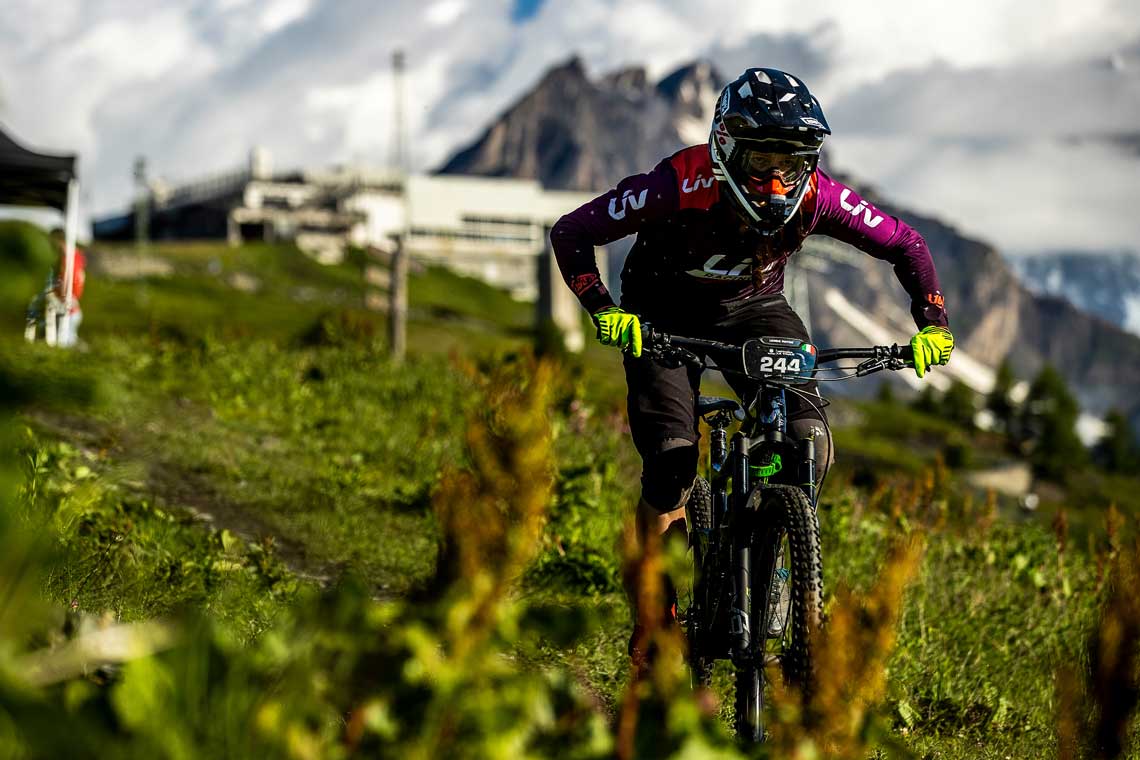 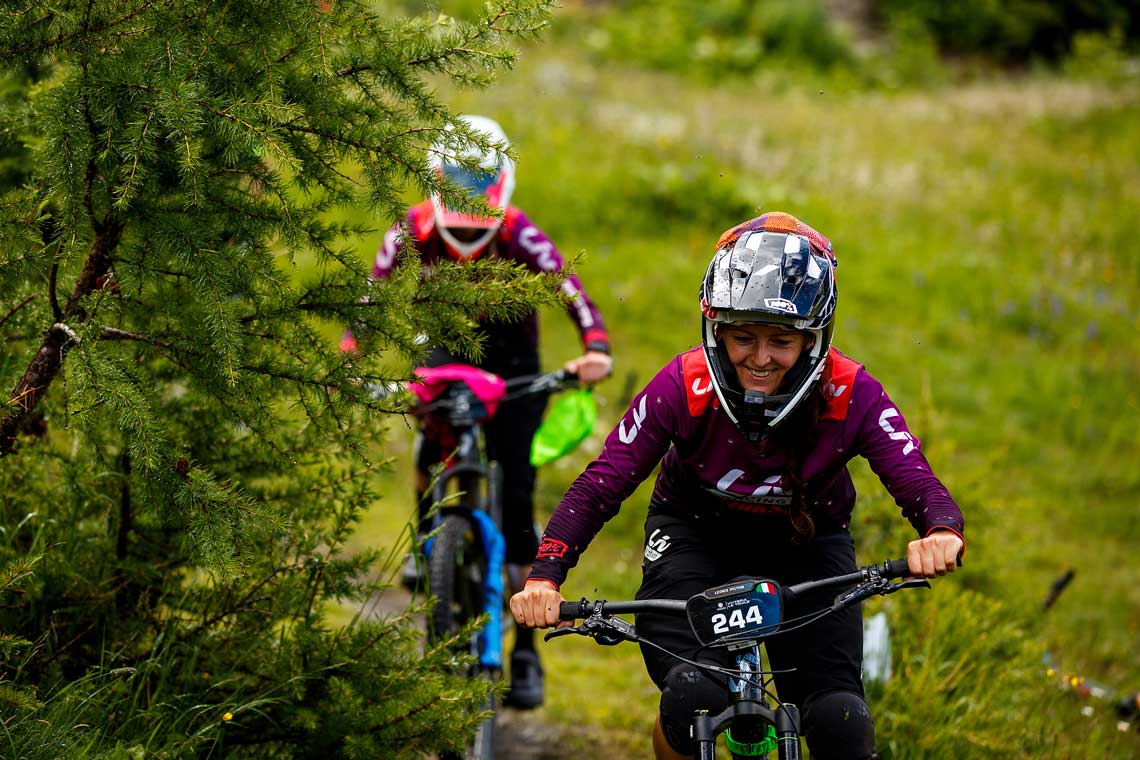 Liv: Thursday’s race schedule changed due to afternoon storms, how did that change affect you?

Leonie: The race started very early due to the anticipated thunderstorms after lunch and some of the stages were shortened. My 7:45 am roll out time was something I was not used to. Even though the sun was shining, the trails had not started to dry out yet. The mud was greasy in sections and tacky in others, while the roots and rocks were slippery. The storms did roll in right at the end of the race, making things interesting.

Liv: We were sad you had to pull out of the race on Saturday/Sunday, but are completely supportive of your reason for doing so. Can you explain what happened?

Leonie: I learnt a new saying this weekend, “If there is any doubt, sit it out.” After a big crash during practice followed by a face plant on stage one during the race on Thursday, I could tell things just weren’t right. Head trauma is no joke and my health is my number one priority, so I decided with the support of the team that it was best for me to sit out round four to rest, recover, and come back stronger for the next race in Loudenvielle, France. 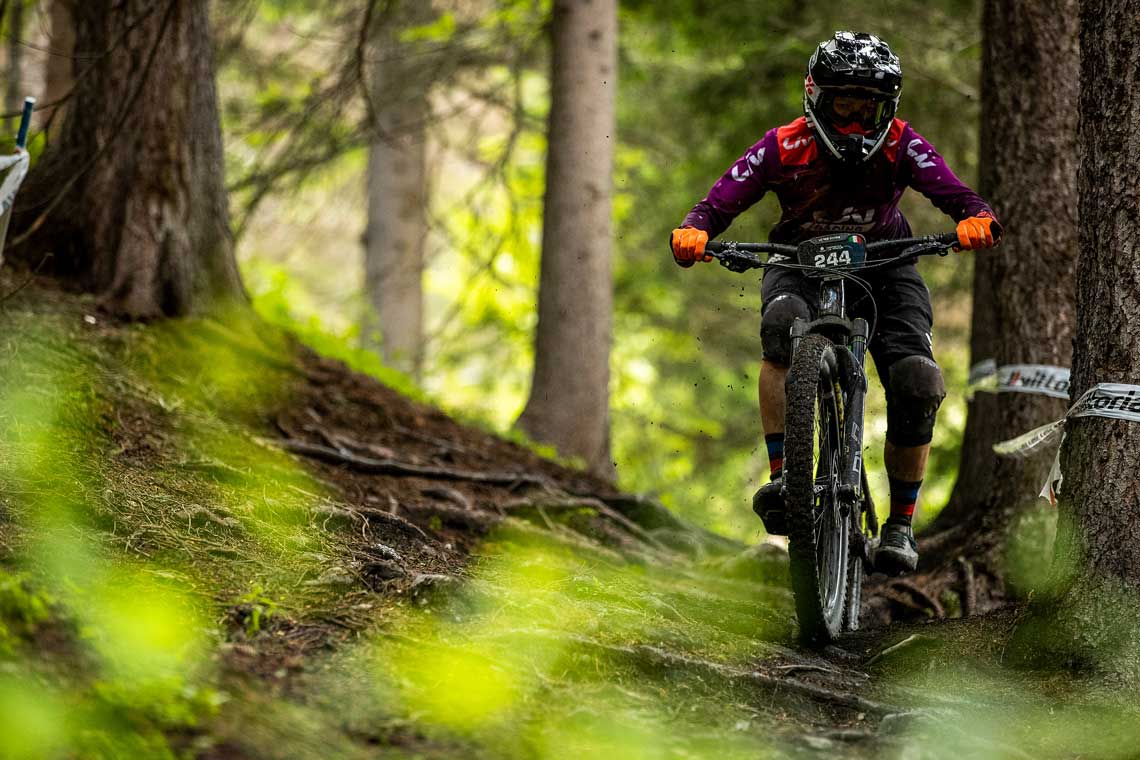 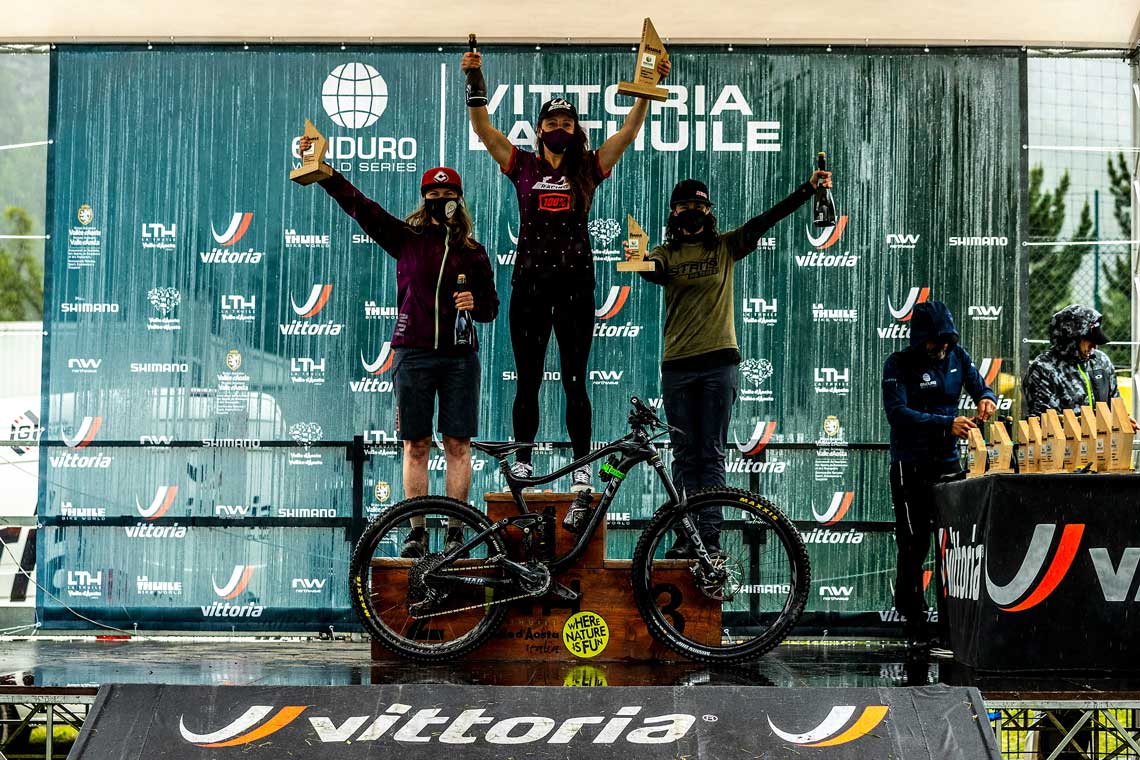 Liv: How did you prepare for the steeper, technical tracks in La Thuile?

Bella: After leaving Canazei, we drove to Morzine, France to ride and train before the next rounds in La Thuile. I did everything I could to ride the steep trails and in super muddy conditions to get more used to the conditions in Europe all while also focusing on recovering.

Liv: Did you feel any different coming into the week?

Bella: I was feeling a bit more confident than I was for the first rounds. I think spending more time riding in Europe has helped me adjust to the tracks. After practice, I was really excited to race! 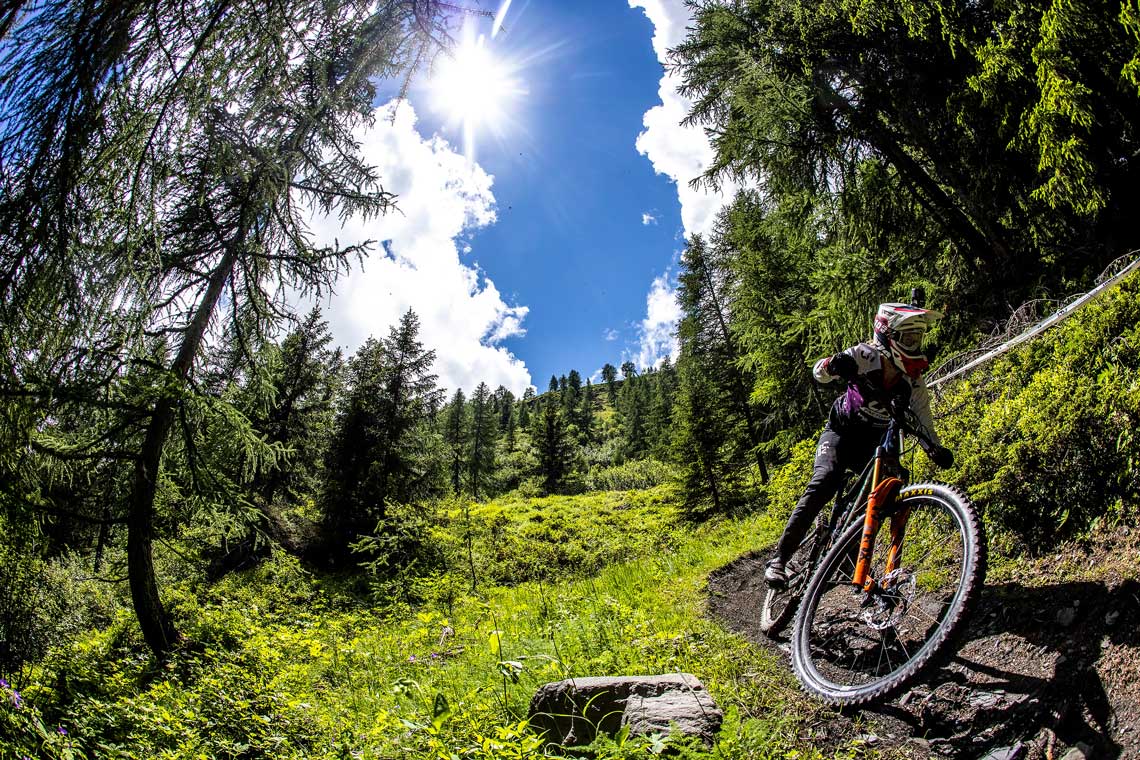 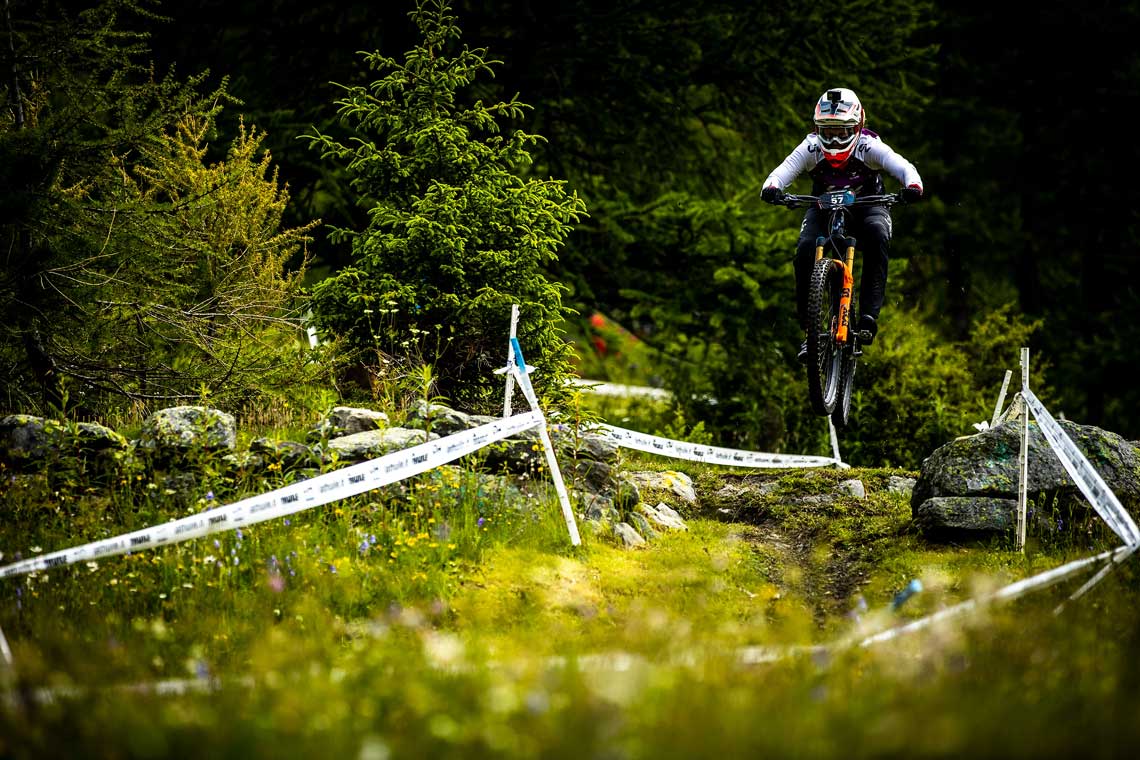 Liv: With your best results of the season so far on Sunday, how are you feeling going into the second half of the season?

Bella: Being able to improve my time not only each stage, but also from the first race day to the second and achieving my goal of top 20 overall was really important to me. I am happy with my overall results and well as having some better individual stage results. I know I can ride better and I know the things I need to work on to achieve my next goals, so I am really excited for the second half of the season.

Bella: I’m flying back to the States and racing the Big Mountain Enduro in Big Sky, Montana July 24/25. 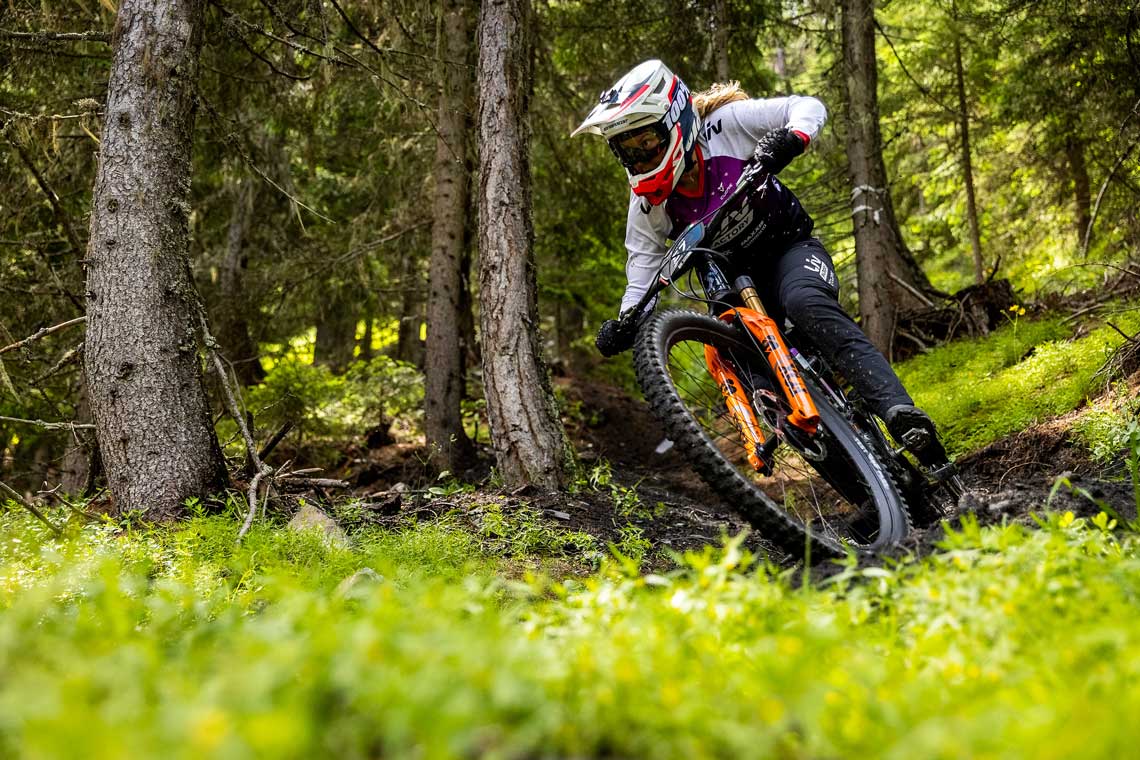 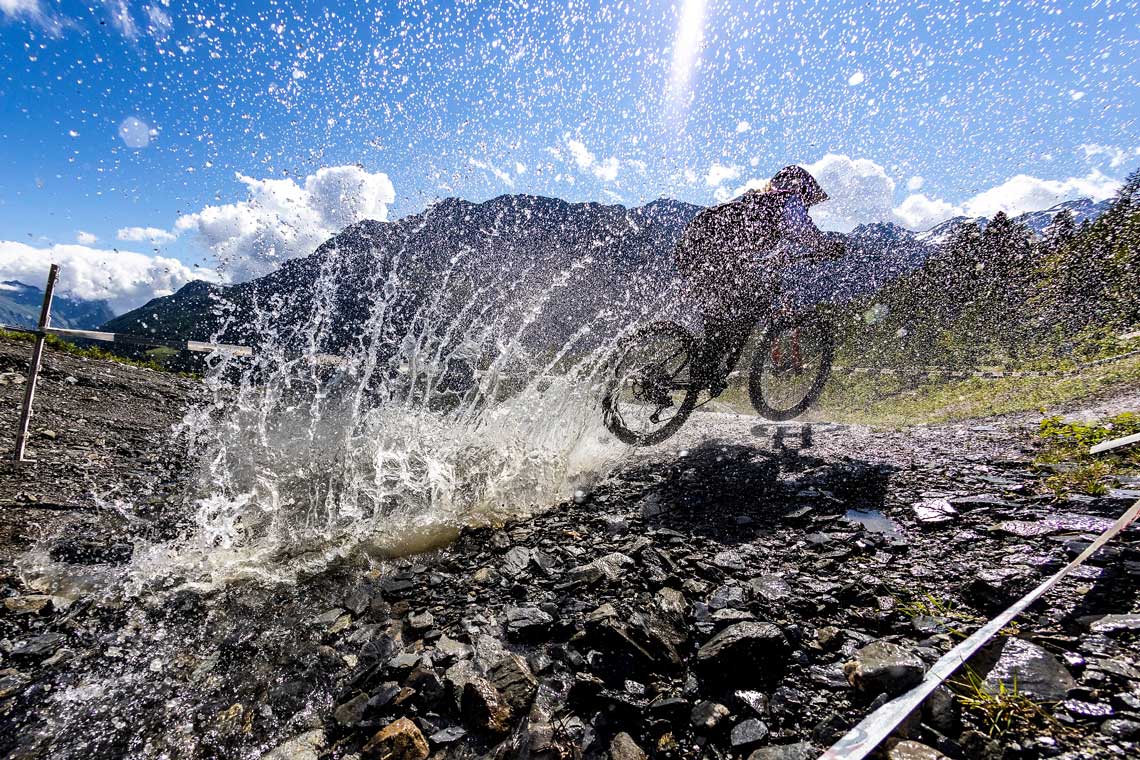 The Liv Racing enduro athletes will enjoy a few weeks off of cometion. The next EWS round takes place in Loudenvielle, France September 2-5. Follow the action live at EnduroWorldSeries.com