Lessons in Teamwork from Cape Epic

with the LIV TRAIL SQUAD

Competing together as a team is what makes the Cape Epic unique. When the Trail Squad began their journey 9 months prior to race day, they learned their teammate would be someone who lived in another country and they would not have the opportunity to meet until they arrived in South Africa.

Racing together with a partner is a huge challenge, but it also made the experience memorable. The women of the Trail Squad may have arrived in South Africa as strangers, but together they conquered Cape Epic as one and in the process became a family. 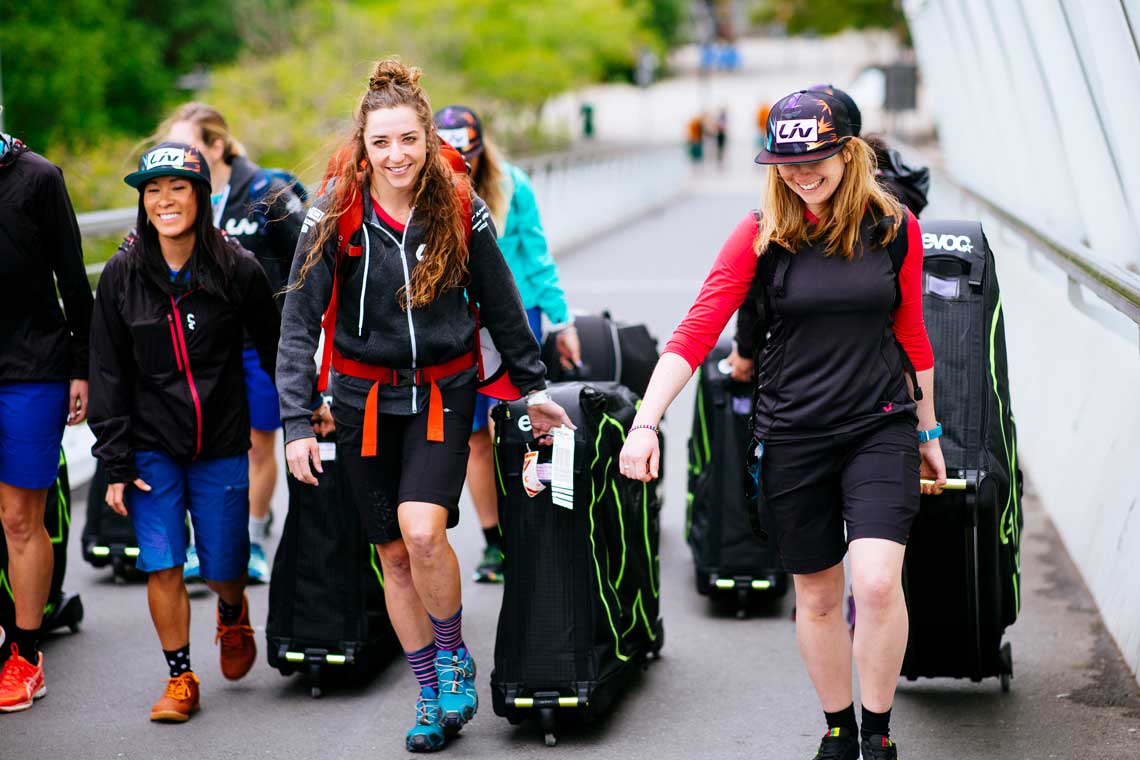 “Because Kaysee and I were new to riding together, it took a few stages to figure one another out; to read body language and riding style. To identify how we could work together most efficiently. To use one's strengths to overcome the other's weaknesses.” –Serena

“The pressure. When you’re alone you can do whatever you want as fast as you want. When you have a partner you have obligations to do the best you can. There really is no giving up! You had to pace yourself off of the team, not yourself. Which means you may have to push it harder than you would alone and even sometimes go slower than you would!” –Kaysee 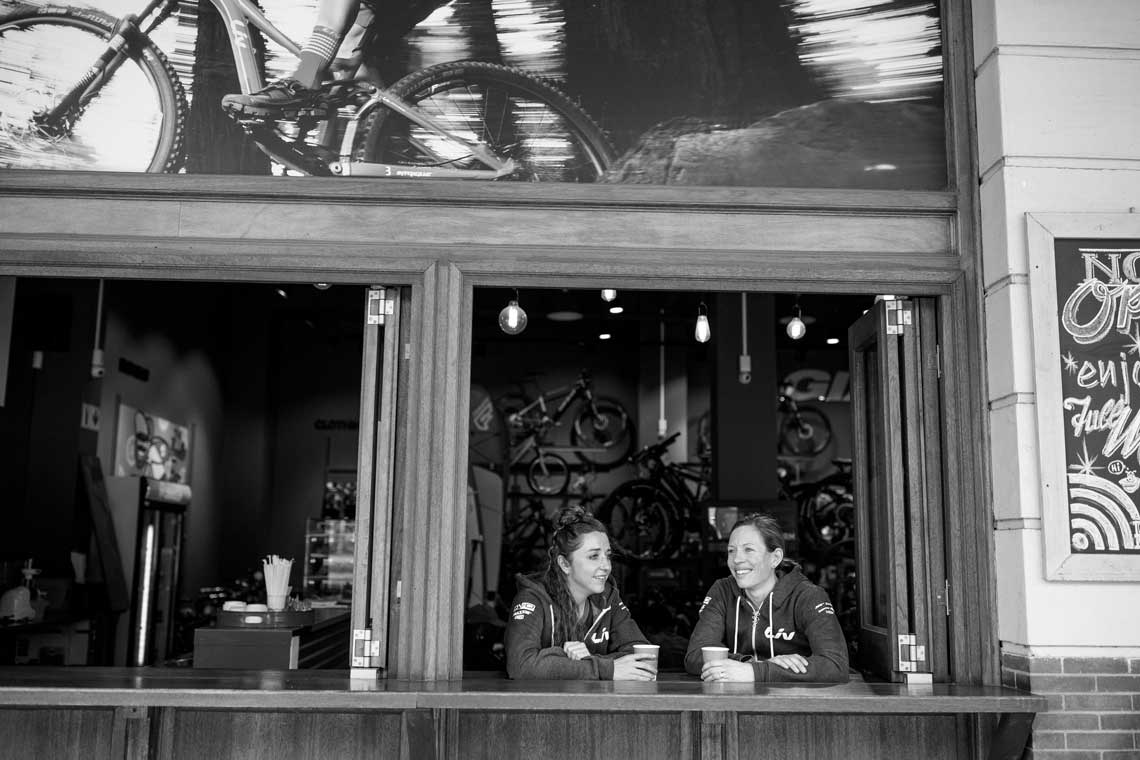 “I think there are two important points, the first is to adapt to roll with your partner which was quite a challenge for us because Anna is physically much stronger than me and I was pressed to think that she was falling behind waiting for me. The second is to maintain good communication at all times, it is so important for a race of this type.” –Sandra

“Sandy, my battle partner, and I had very different riding styles. We both knew what our goal was, to be Cape Epic finishers, but it was not going to be that easy. Between Sandy and I, the difference in ability levels was our hardest challenge to overcome.” –Anna 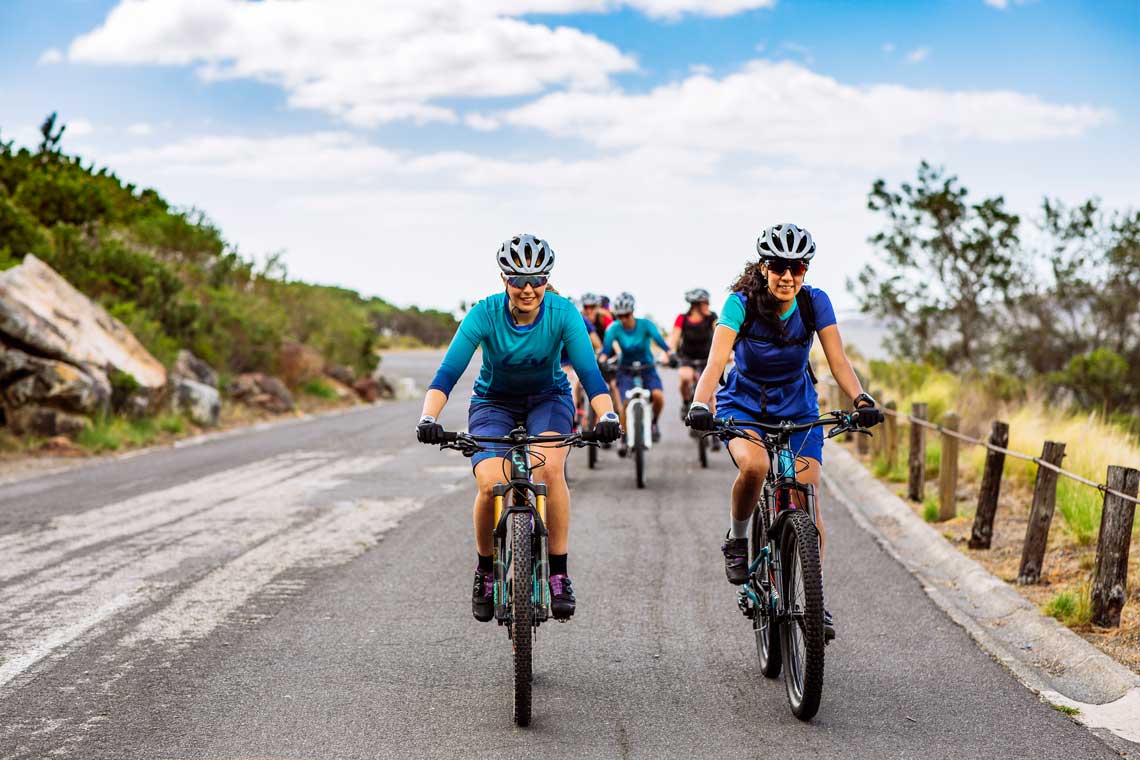 “You not only have to look out for yourself but also your partner. If she wasn’t feeling well and you were, you had to be the one to take the reins that day to make sure you both got across the line. Sometimes, we were still trying to figure out what the other was thinking...but with swift communication, we managed to make our day-to-day plan for each stage work very well!” –Lisa

“Although it didn’t seem ideal that Lisa and I would not meet or get to ride with each other until we arrived in South Africa, in some ways, I think it strengthened us as a team. Our ‘internet dating’ started out pleasant and polite but over time became much less reserved. There wasn’t going to be a chance for Lisa or I to figure out what each other’s strengths and weaknesses were on the bike, so we needed to put aside both modesty and ego and be honest. While we did learn a lot about each other during that time, it was also the trust that we built with each other that was so fundamental in us surviving the Cape Epic. We knew we could be honest out on the course and it would be received with respect and empathy.” –Kate 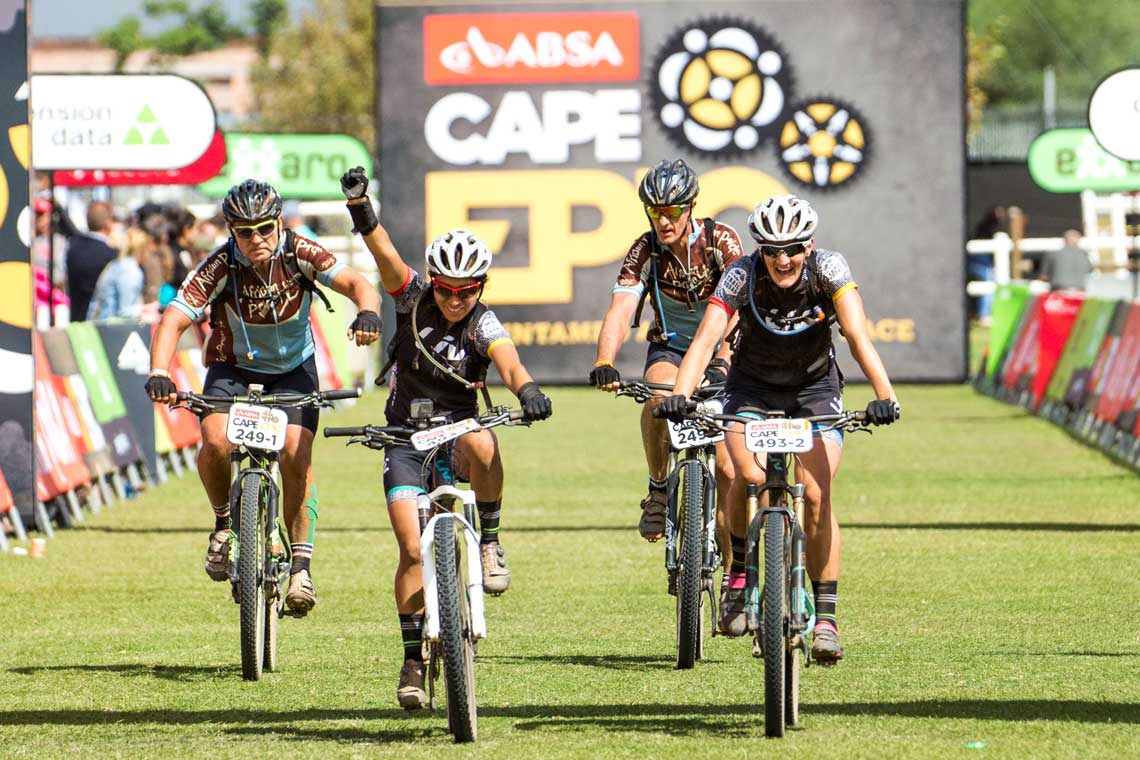 “Prior to travelling out to Cape Town, my biggest worry was the first ride with everyone. Despite all my training, I was so fearful of discovering that I would still be so much slower than everyone else (after all, I had a lot less experience on a bike than some of the others). The effect on my mind and body was dreadful as I started to fall further and further behind everyone on the hill up to Table Mountain on our first ride. My nightmare became a reality. I couldn’t hold back the tears (thank you, Kate Ross, for supporting me through this!). So that day I made myself a mantra to stick by for the race ‘just go at your own pace and breathe’.” –Olivia

“Olivia had a flu and she was really tired, so I had to be a kind of leader and trying to push her. I am not used to be a leader. When I ride with guys, I’m always the weakest person and they are not really waiting for me, so I have to always try to stick to them. I also know I am not very patient and this was a real challenge for me to ride under my usual pace.” –Madeleine 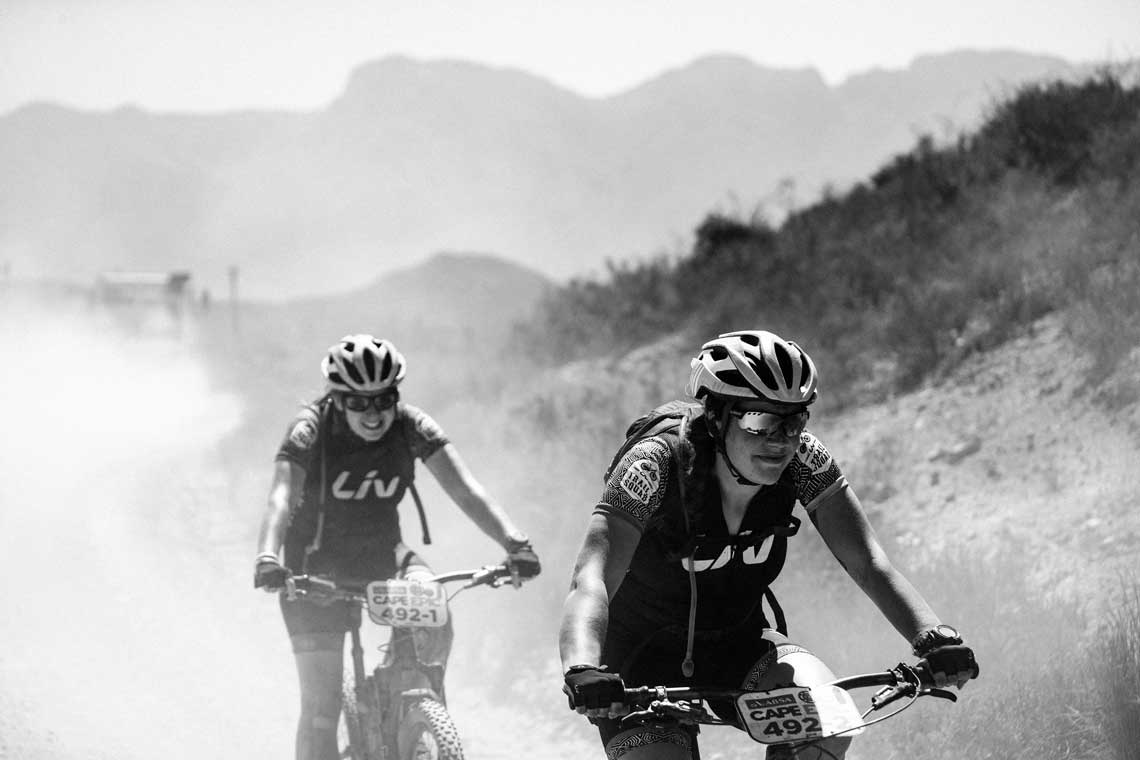 “The compassion I received from Serena was amazing especially when I was sick and just needed someone to smile at me! When you are a part of the team, the finish line is that much sweeter. You’re not alone and you both know just how hard you tried to get there!” –Kaysee 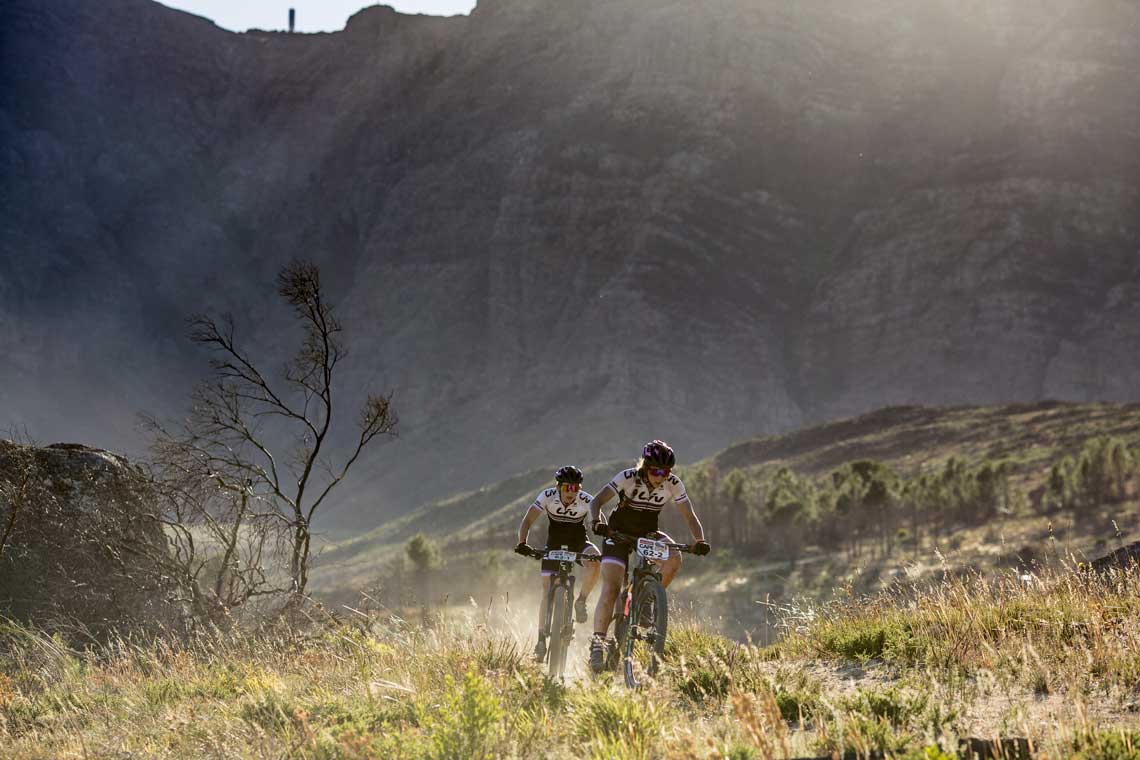 “I'm left with unique memories like that in the second stage/ the third day where my teammate Anna and I reached the finish line. I had a fall that did not leave me much strength in my left leg and every pedal stroke was painful. We arrived at the last water point with a lot of effort. Between the heat, fatigue and my pain, we did not want to continue. We were discouraged, the discomfort in my leg continued, but there were so many cheers that people gave us that day, they encouraged us to continue to the finish.” –Sandra

“Being part of the LIV TRAIL SQUAD team was an advantage at all times, mainly due to the support of the team and the teammates. Different countries, cultures and language but excellent people. I have to highlight my partner, Sandy. Stage two, 111 kilometers, 1800 meters and for me the most emotional day of my life. Starting at kilometer 70, the stage began to get complicated and Sandy was struggling, suffering from discomfort in her knee due to a fall. I was also somewhat unmotivated. We had already spent more than 6 hours on the bike and there is a lot of stage ahead. Sandy did not think she wanted to continue and finish, but I told her not to worry and we keep going but ... we knew if we did not go faster we could not finish on time. With minutes to spare, after over nine hours of pedaling, laughing, crying, and suffering, we passed the finish line. The first thing I thought was ... we are more than finishers of the Cape Epic, we are real fighters.” –Anna 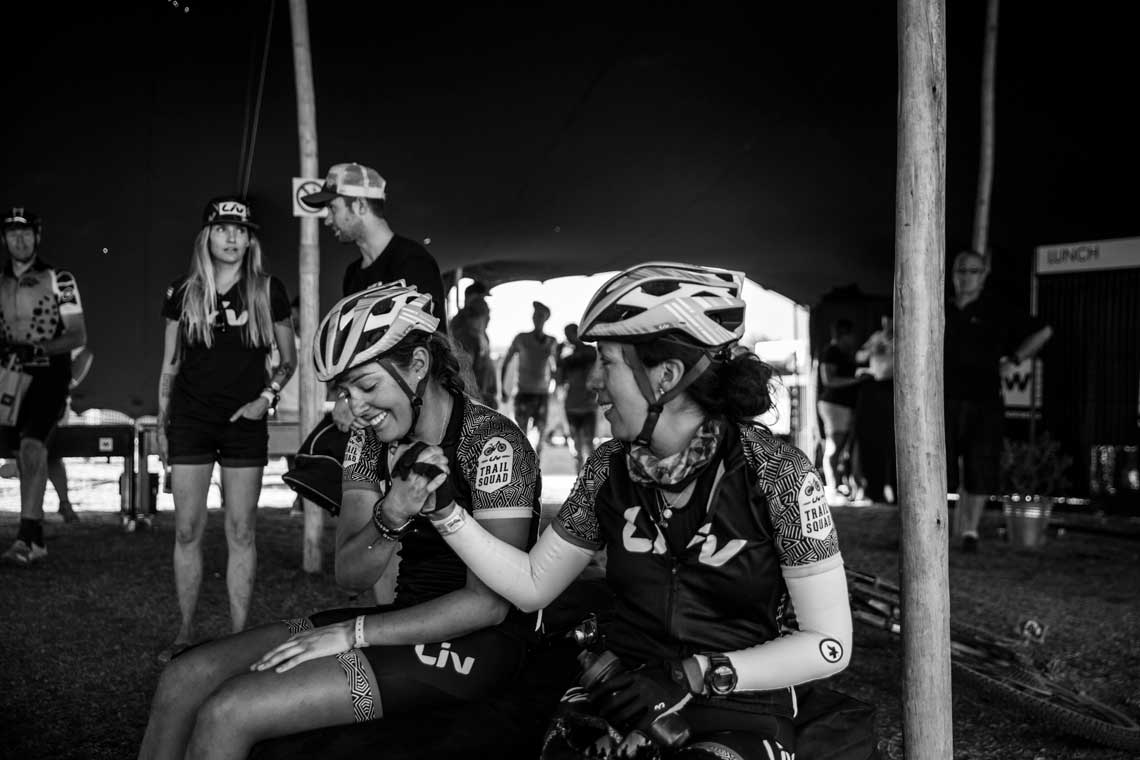 “One of my goals for this race was to make it through the Queen Stage. Kate had caught the GI bug and suffered on this stage, it was my turn to support my partner. Kate pushed and pulled gloriously to get us to that finish line. As we rolled into the finish line we were welcomed by our Trail Squad crew with hugs and shoulders to cry on. This to me was a great moment. I remember just being exhausted and half dazed and Serena came over and gave me a hug and told me she was so proud of us and I lost it. Alligator tears just fell…you develop such a bond when you're sharing an experience like the Cape with such strong and positive women. I mean you're just pushed to your limits almost daily and knowing that you’ve got a team to support you makes all the difference…it gives you the inner strength to get up and do it again the next day.” –Lisa

“I wouldn’t have finished the Cape Epic without my partner Lisa. It would’ve been a very lonely ride and too easy to quit if I was only out there for me. Reflecting on the race, my favourite moment of teamwork during the Cape Epic was during the Queen Stage when I was sick. We were riding this horrible loose rocky single track climb after the second aid station and I was struggling badly. It was so hot (40 degrees Celsius). I desperately needed to stop, so we sat down in the only scrap of shade we could find in the desolate landscape. As I sat with my head in my hands feeling very sorry for myself, Lisa, despite struggling with the heat herself, selflessly gave me her buff soaked with water to try and cool me down. It felt amazing! Definitely the lift I needed in that moment and throughout the rest of the stage.” –Kate 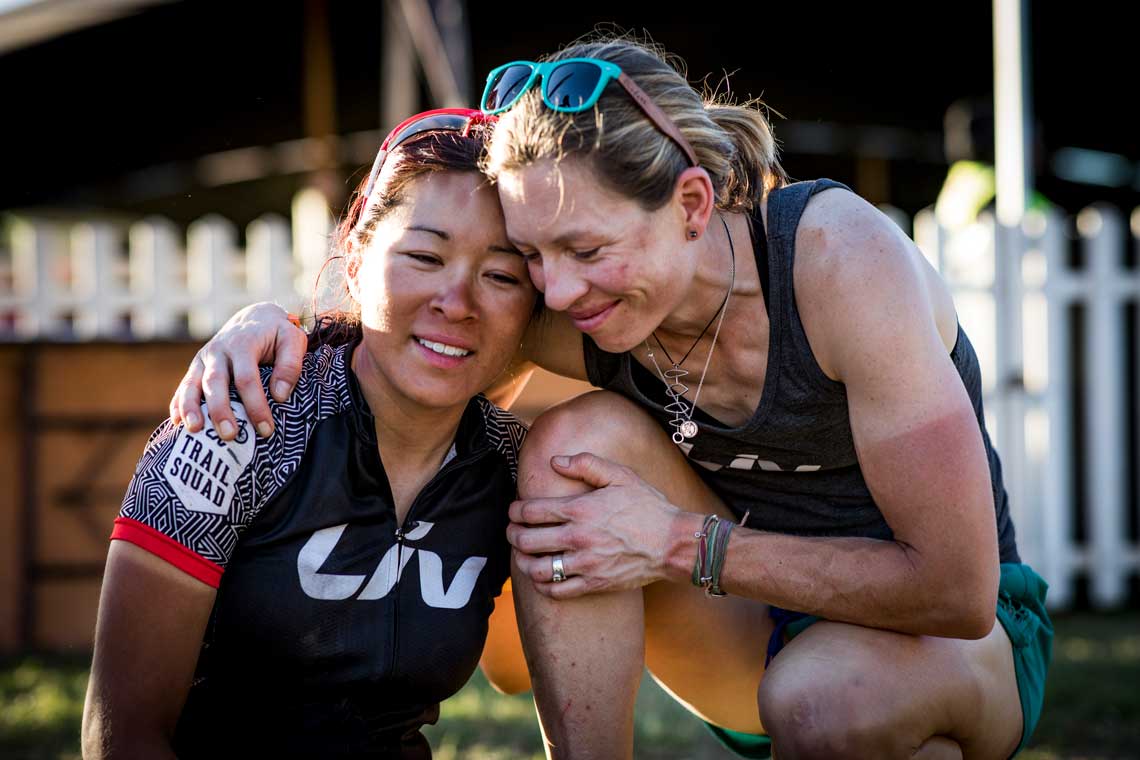 “Having someone to share the highs and lows of each stage with –someone who has been through the same experience as you. Someone who understands what it was like out there. Some of my favourite moments of teamwork come from the Trail Squad as a whole. Kate really helped me out when I was unable to eat anything by bringing me food and giving lots of encouraging words. Kaysee was so supportive when after the first stage I burst into tears in the dinner hall; I was struggling to eat and had forgotten to do my laundry! It was amazing to be a part of such an incredible and inspiring team.” –Olivia

“Having a partner on this kind of race is really important when you feel tired or unmotivated. You can support each other and it can help a lot. I finished this race alone and this was really hard. One day, on stage 5, I just burst into tears because I had no more energy to ride my bike and the heat was killing me. Luckily, I had met a lot of riders and they encouraged me. Kate said this sentence that was really a good illustration of this race: “It is not about racing against each other but competing all together against the Cape Epic.” I was really surprised by the great support between everybody in this race.” –Madeleine 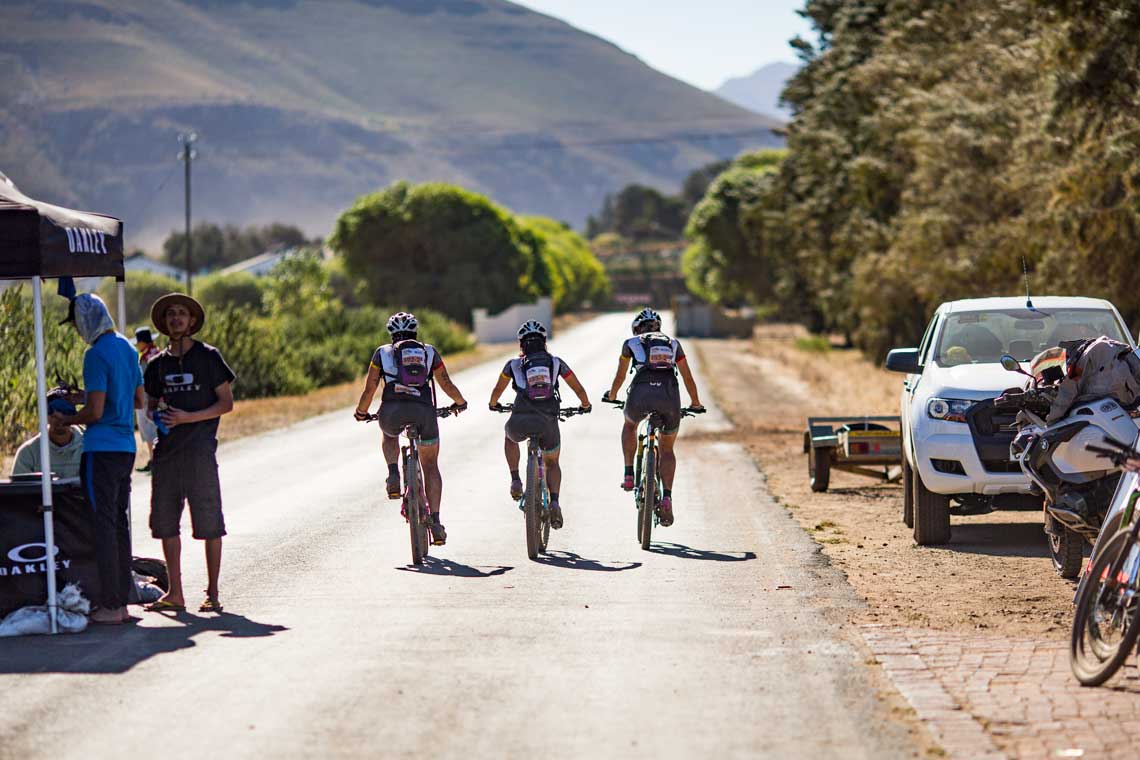 “I learned humility. You never know what the next day, next hour, next corner might bring. Setting aside your personal desires and ego for the good of the team - and finding enormous gratification from doing so is something I didn't expect - I grew more as a person during those eight stages than I ever could have imagined.” –Serena

“The most important thing is to get to know each other and begin to communicate to discuss the details of how the training is going, work on a strategy step by step, know each other’s strengths and work together to recognize your weaknesses.” –Sandra

“So my advice for people embarking on a partner race is to communicate about the things that you normally don’t want people to know about you when you race as an individual and everyone else is the competition. What are your weaknesses? Physical and Mental. What can your partner do to support you through the tough times? Do you respond best to tough love or a hug?” –Kate

“Once I had finished my race and was watching the others finish, I was amazed and in awe of the strength of my partner. Madeleine could power up the climbs and never looked tired from it! She also improved her descending skills day by day as the race progressed which was great to see. I also learnt the basic tactics of how to ride with a partner, for example, the stronger rider should be in front on flat sections with the weaker rider drafting behind. I would recommend having a strong connection with your partner prior to the race and having similar riding styles. Doing an endurance race is such an emotional journey; it is amazing to share this with someone else and for someone to know exactly what it was like.” –Olivia 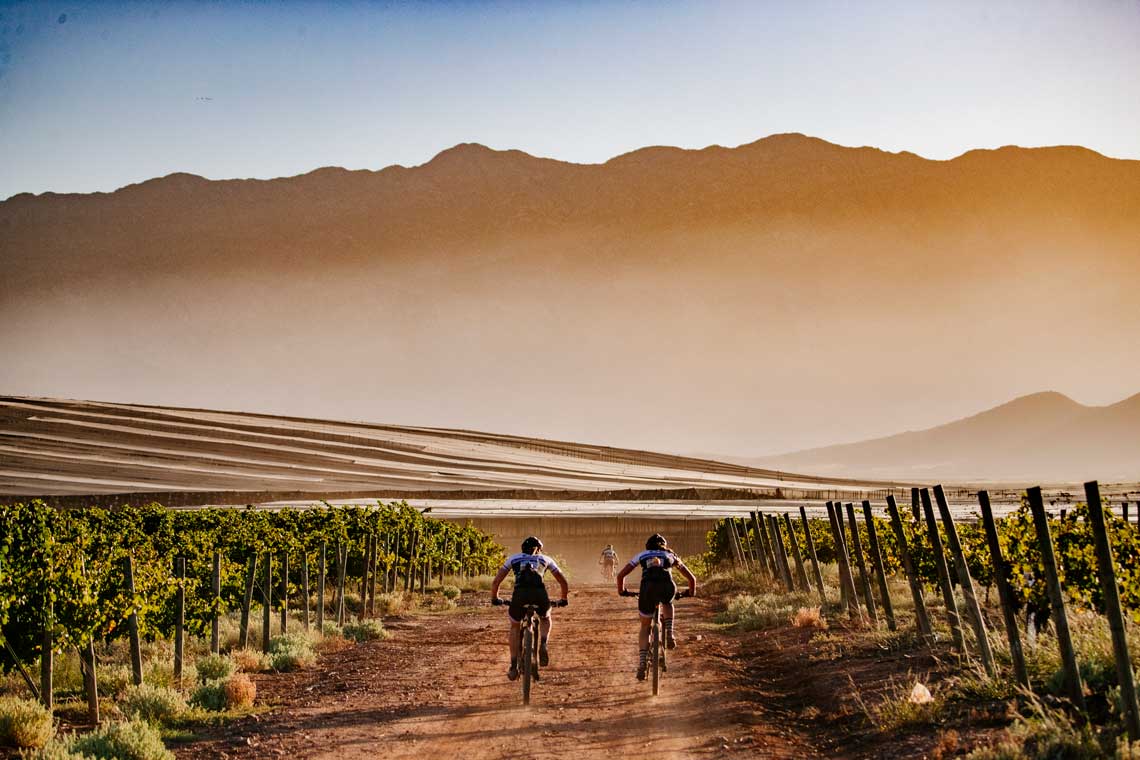