For years, I struggled with ‘imposter syndrome’ as a professional triathlete. Standing on the start line with these fast, tall, strong, muscular pro chicks that all looked as though they wanted to eat me for breakfast made me feel like I wasn’t good enough. At 5’2” and 100lbs, I was not a very imposing figure! Everyone else looked as though they knew exactly what they were doing, what they wanted, and how to get it – and I was intimated as hell.

At the start of the race, I’d never line up on the front line. My body language said, “No, you go ahead.” I looked down at my little short legs thinking, “What the f*ck am I doing? I don’t belong here!” Fortunately, my worst fears (i.e., getting humiliated or exposed as a fraud) never materialized, but each time I entered a race I would repeat this self-doubting ritual.

Something had to a change. Thanks to an epiphany I had during a college course in acting, I discovered that I had to tool to become a badass triathlete within me all along. At university, I spent hours learning how to create fake personas to convince an audience I was someone else (an American, a murderous teen, a suicidal mom, a cheery friend in a chewing gum ad, a cocaine-addled thief, you name it). Within moments, I could strut and talk as these “characters.”  And then it hit me. I needed to create a character to be during my races. I needed to train and race not as shy, nervous Lesley, but as a badass, bigger-than-life, fearless alter ego. And so Paddy McGinty, my race-day alter ego, was born. I now step up to every start line as a bare-knuckled, Irish MMA fighting, tattooed hard man (think Connor McGregor).  My eyes scream “I’m not to be f*cked with.”

The good news is that isn’t just hokey pretense. My sports psychology hubby, Simon, would explain how and why adopting an alter ego for nerve-wracking moments has good science behind it. It creates a cascade of neurochemical changes and a shift in psychological and emotional mindset – all brought on by simply by faking it. 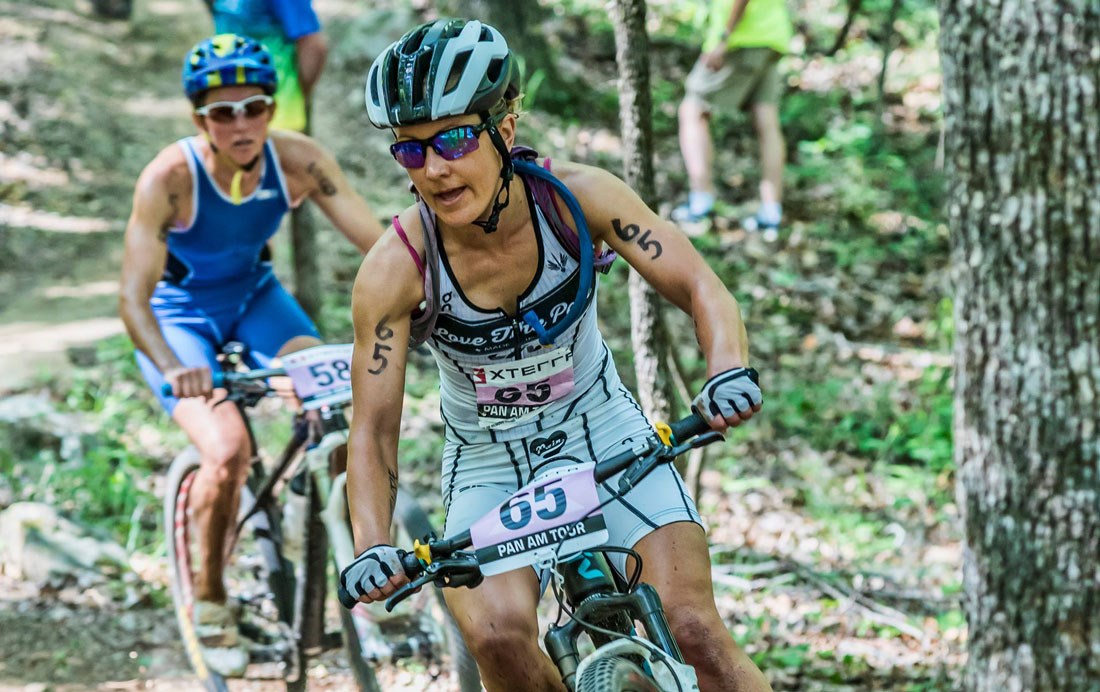 How to Develop Your Own Alter Ego

The first step is to think of the attributes you want your new athletic identity to have. It helps to think of actual people or fictional characters that embody the look, feel, and attitude of what you think you’re missing. Do you need a sleek ninja? A muscled fighter? A fearless, hyper-confident superhero? Perhaps it’s even a real athlete you admire. Next, choose a name for your alter ego that matches their attributes. For example, Beyonce’s on-stage alter ego is “Sasha Fierce” and former professional World Champion cyclist, Fabian Cancellara, called himself “Spartacus.”

Now develop a backstory for your character. What kind of life has he/she experienced? The final elements in bringing the character to life involve thinking through the behaviors and self-talk that will get you into the mindset of the identity. This includes personal mantras, actions, and routines as well as physical reminders that help you step into that identity. The great advantage of being an athlete is that we already have good triggers for the transition—our race kit can literally become our costume. Perhaps you already have a special race kit that can become your new suit of armor? Put a sticker on your bike, or write a slogan on your wrist to keep reminding you of who to become (and rely on) when you need it. For more tips and to read how I created Paddy McGinty, check out our book, The Brave Athlete.

So, what are you waiting for? A new, tougher you could be only minutes away! Just remember to leave your alter ego at the race site. No one likes to sit down for a romantic dinner with the Tasmanian Devil.