The fifth edition of the Red Bull Defiance Multisport race took place January 19-20, 2019 in Wanaka, New Zealand. 85 teams of two had been training for months for a chance at defeating the notoriously challenging race.

In just two days, athletes would tackle six stages totaling 154 km (95 miles), and climb 4080 m (13,385 ft) via mountain bike, trail running, and kayaking. Adding to the element of adventure, racers would also encounter two mystery stages, one on each day.

Racers come from all over the world for the chance to ride some of the most stunning trails in New Zealand, run along the alpine skyline traverse, and take in the views of Lake Wanaka – but also to push themselves to the limit to see what they are capable of. Liv New Zealand Ambassadors Sarah Cull and Katie O’Neil signed up for the Red Bull Defiance to tick this epic adventure off the bucket list and challenge themselves in their own backyard.

Want to learn more about Katie and Sarah? Check out their pre-race interviews HERE.

Katie and Sarah began their day well prior to the 7:15 am barge ride across Lake Wanaka, but it is that moment that the adventure sets in. The day started cold and breezy, but pumping blood quickly warmed the racers bodies as all the 85 teams leapt from the start line at precisely 8:30 am. The first mountain bike leg – the same stage Sarah had podiumed on the year before – had begun.

Ahead lay 42 km of jeep road and single track with 1,020m of vertical gain. What started as undulating terrain would suddenly pitch up into steeper climbs along the shoreline of Lake Wanaka. The views are beautiful, even with the clouds thickening, the wind blowing, and the threatening rain on the horizon.

The run leg of the day would also include the first mystery challenge of the weekend – an abseil down a rock face was not for the faint of heart! The run encompassed 10 km and 550m of elevation with single track technical terrain with views of Matukituki Valley and Diamond Lake.

What could have been a restful paddle back to Edgewater Resort, turned into a challenge of its own. As the rain came down and winds whipped up waves in the lake, Katie and Sarah managed to kayak 16 km from Paddock Bay, Glendhu Bay, Damper Bay back to the finish of Day 1.

It was the crack of dawn when Katie and Sarah lined up for the start of day two on the shores of Lake Wanaka. 6:15 am, in fact. But, the first light on the horizon brought clearing sky, which boded well for the day to come.

On paper, the 27 km morning paddle looks daunting. But, after starting on the lake, racers turned onto the Clutha River which runs fast and dramatically cuts down on the stage times. The best rapids awaited Katie and Sarah near the end of the stage.

Out of the water, Katie and Sarah grabbed their bikes and began to pedal the fast and smooth trail toward Oxbow, where they’d get their second mystery challenge – knife throwing! If anything, it was a chance to catch a little break before heading up the long slope toward Criffel Peak. The mountain bike leg totaled 31 km with 1,030m of climbing high above Lake Wanaka. After reaching the peak, the riders got a quick and fun descent back down the other side of the mountain to the start of the last stage.

Last, but certainly not least. The last stage was the “make or break” leg of the 2-day adventure. 28 km of running straight up 1480m known as the Skyline Traverse. After a long climb to the top of Mt Alpha, the trail gets techy on the traverse of the ridgeline to Mt. Roy. The descent drops out near the shore of Lake Wanaka where Katie and Sarah ran back to Edgewater Resort and the finish.

Together the whole way, Team Liv Cycling New Zealand finished with an overall time of 18 hours, 51 min and 7 seconds.

“We learnt a lot of things out there including; what snacks should and should NOT be eaten, how amazing and hard mountains can be, that one should always train before kayaking especially when they have cycling arms, and much more!” - Katie O’Neil

CLICK HERE to watch all six videos of Katie and Sarah leading up to and completing the Red Bull Defiance. 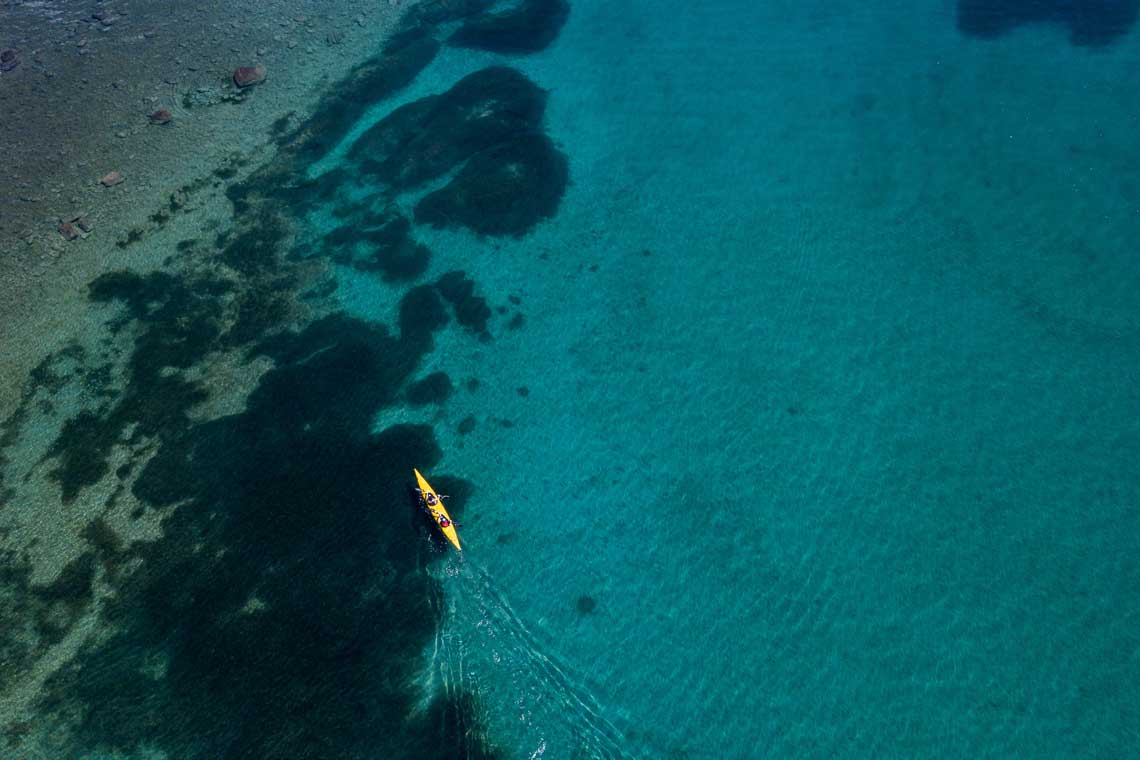 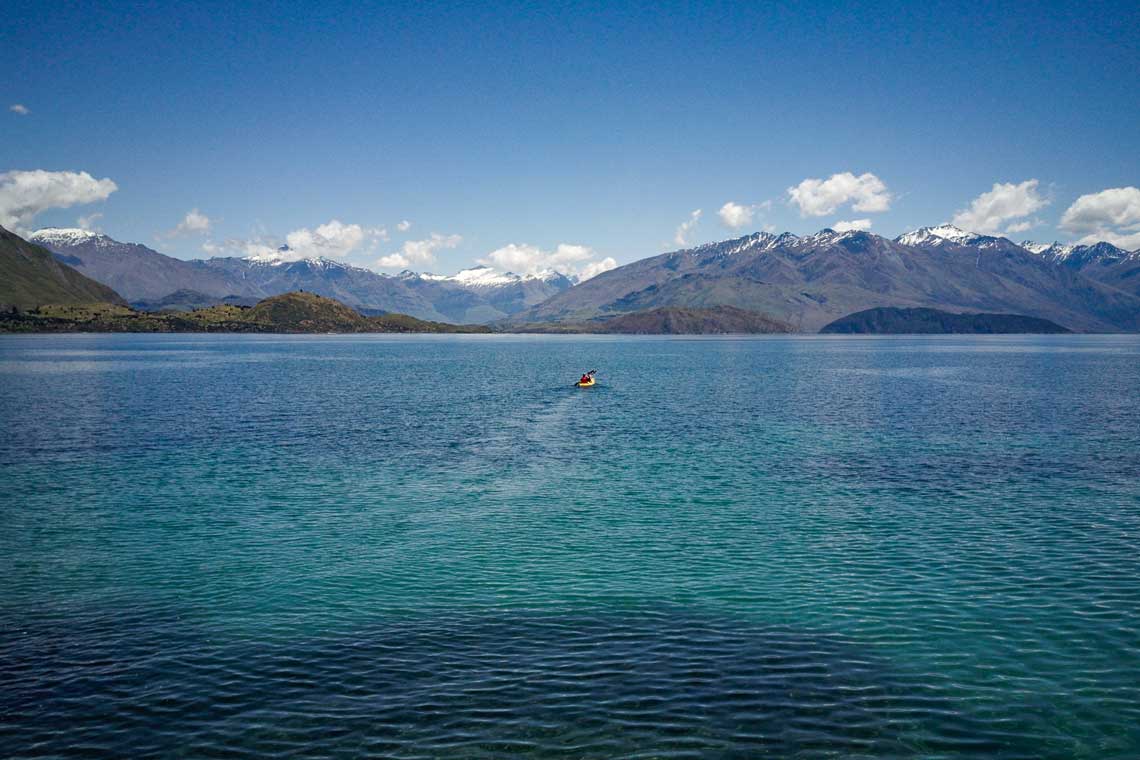 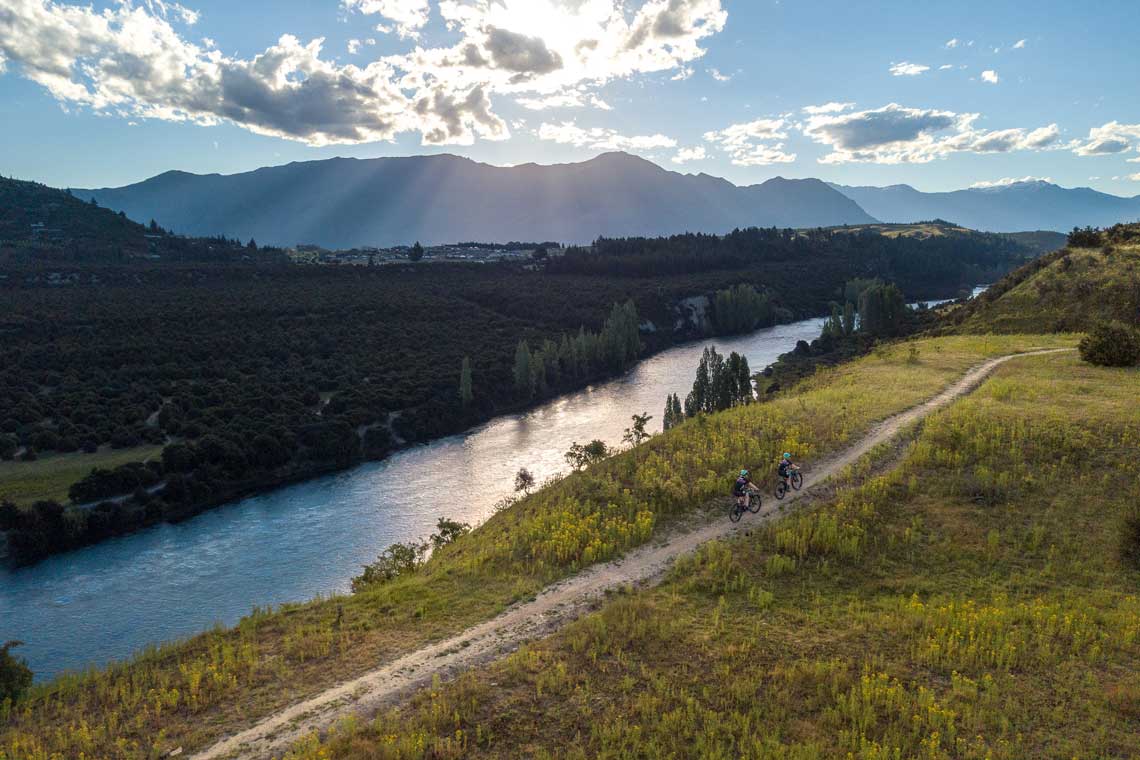 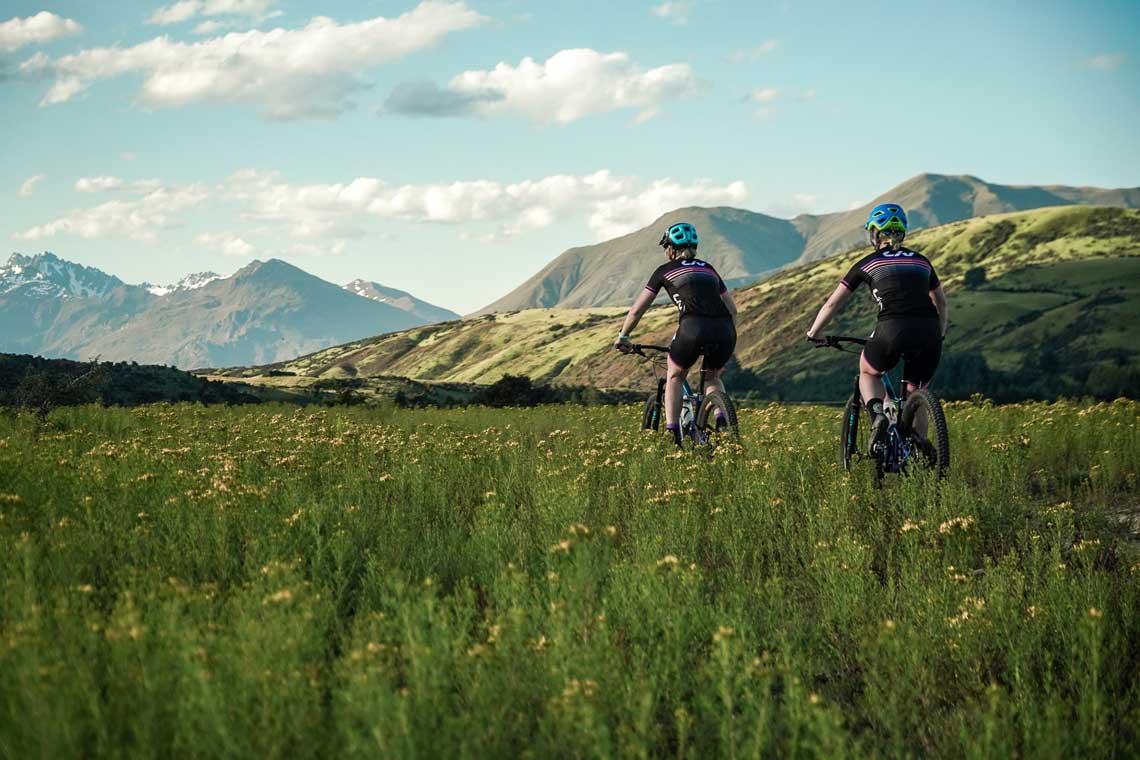 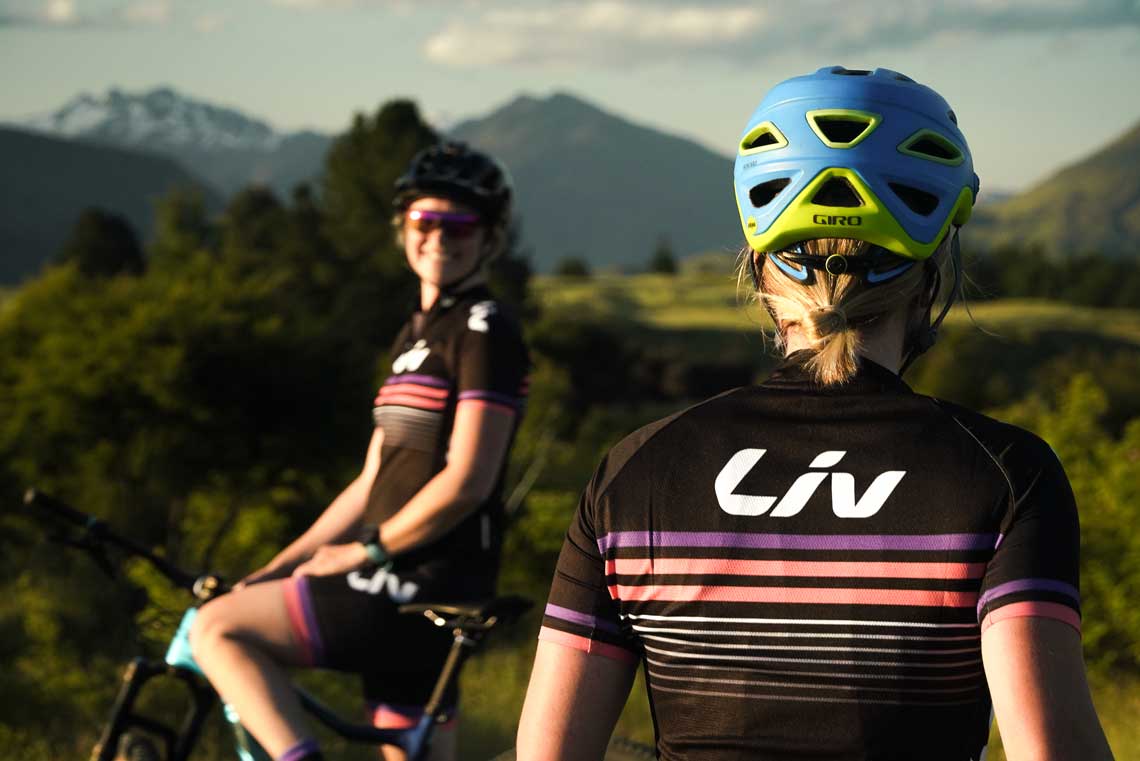 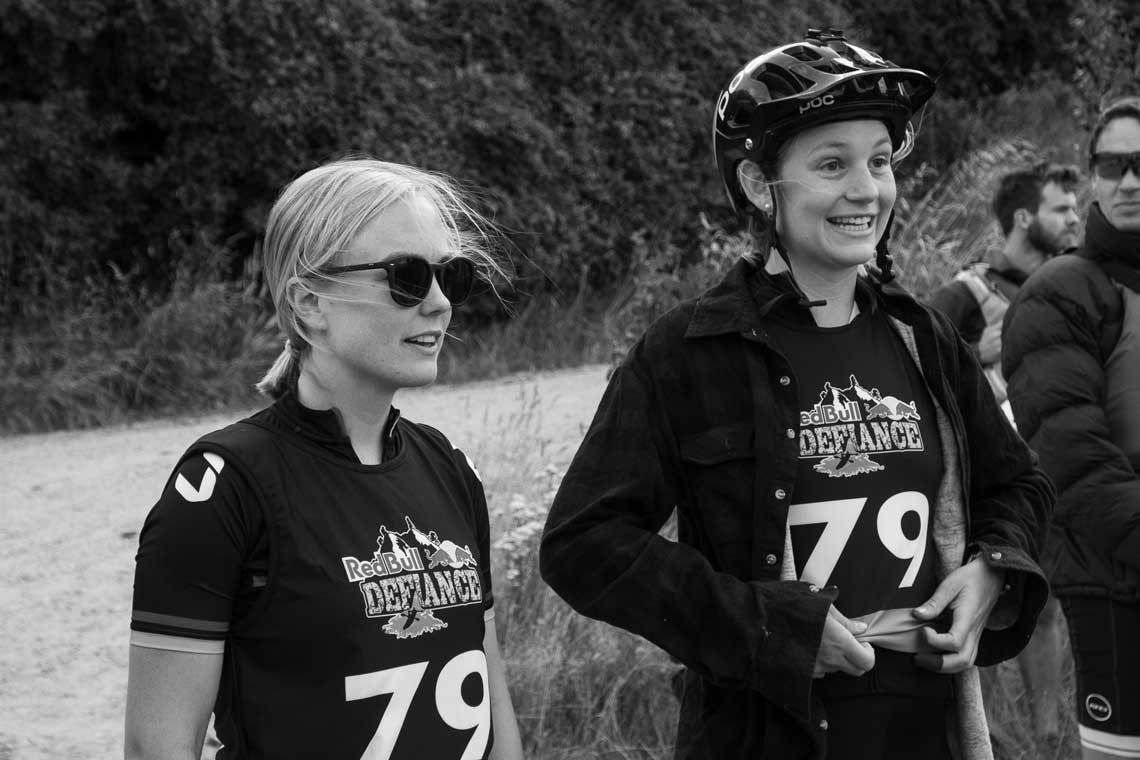 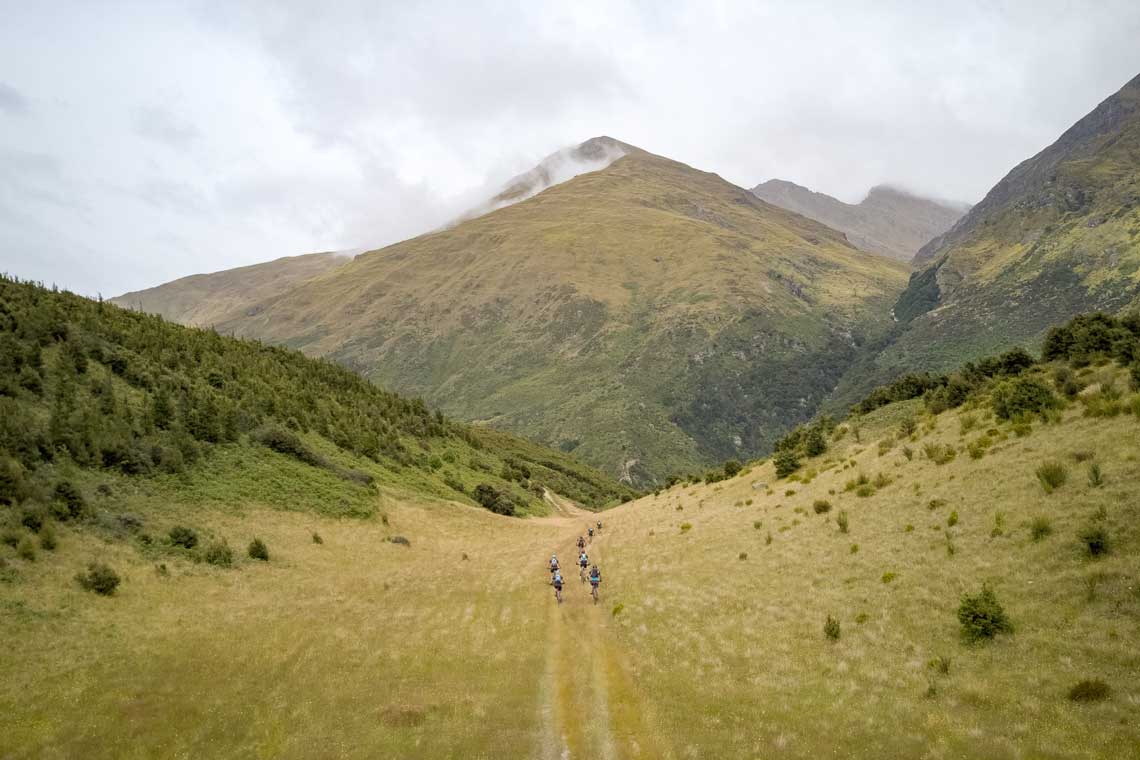 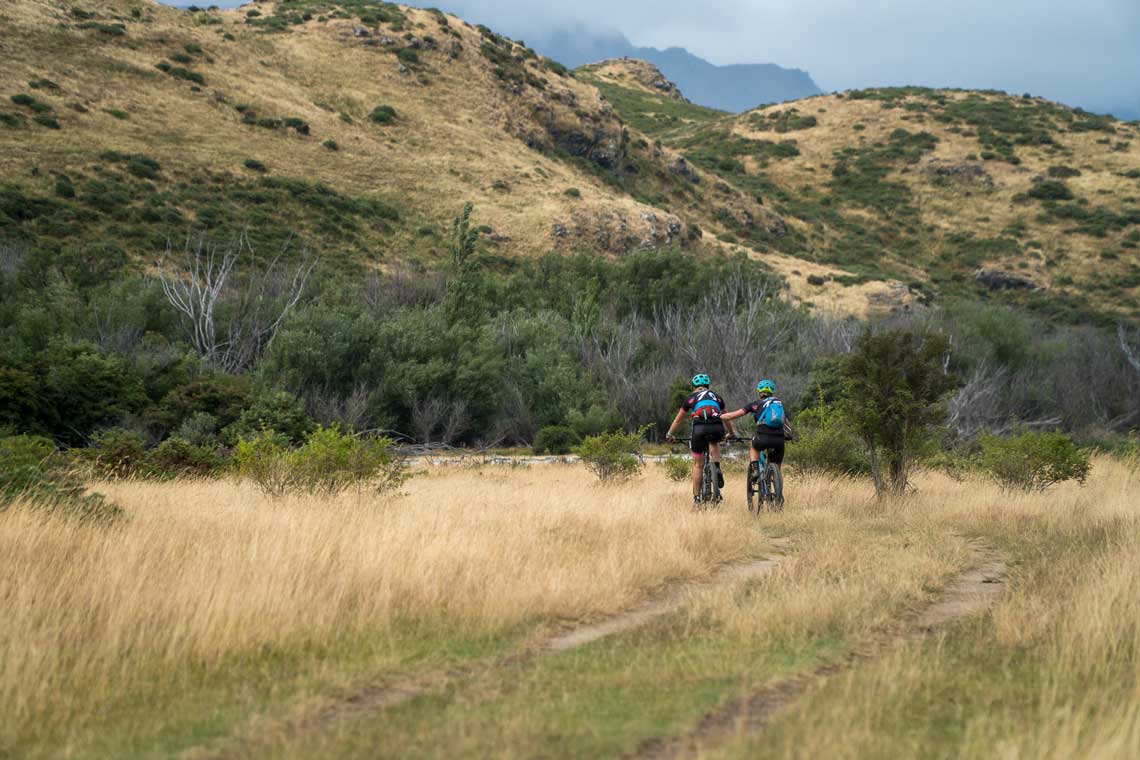 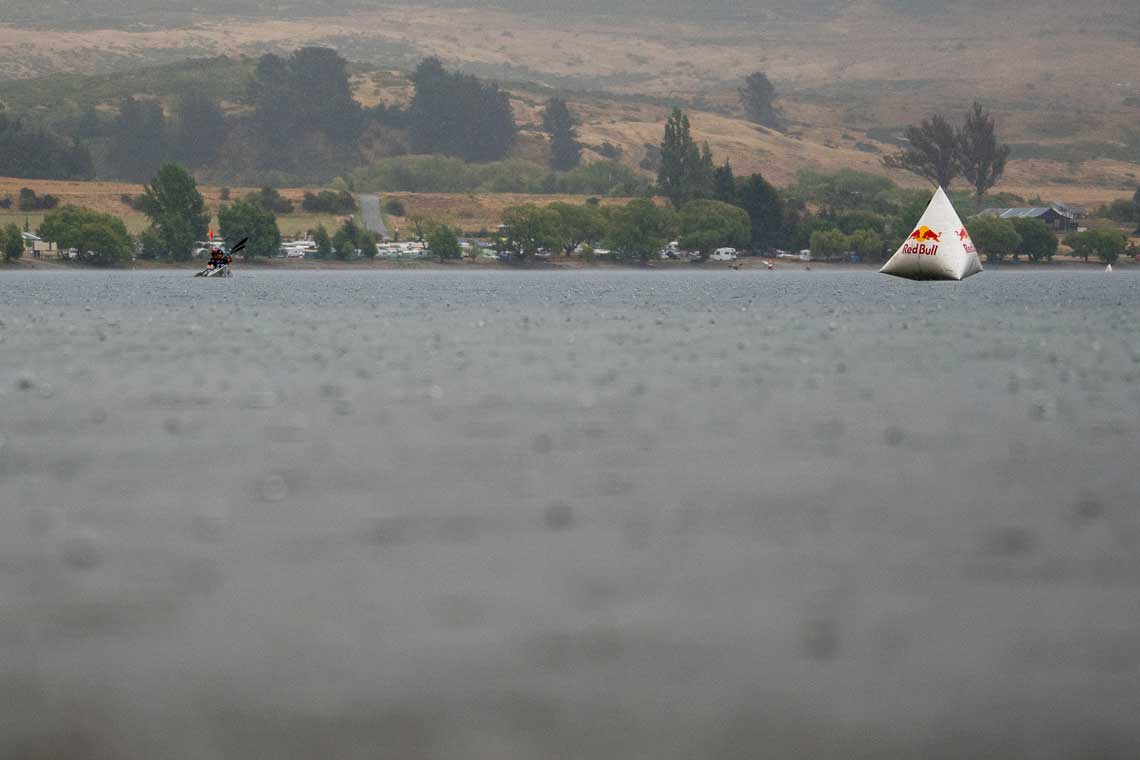 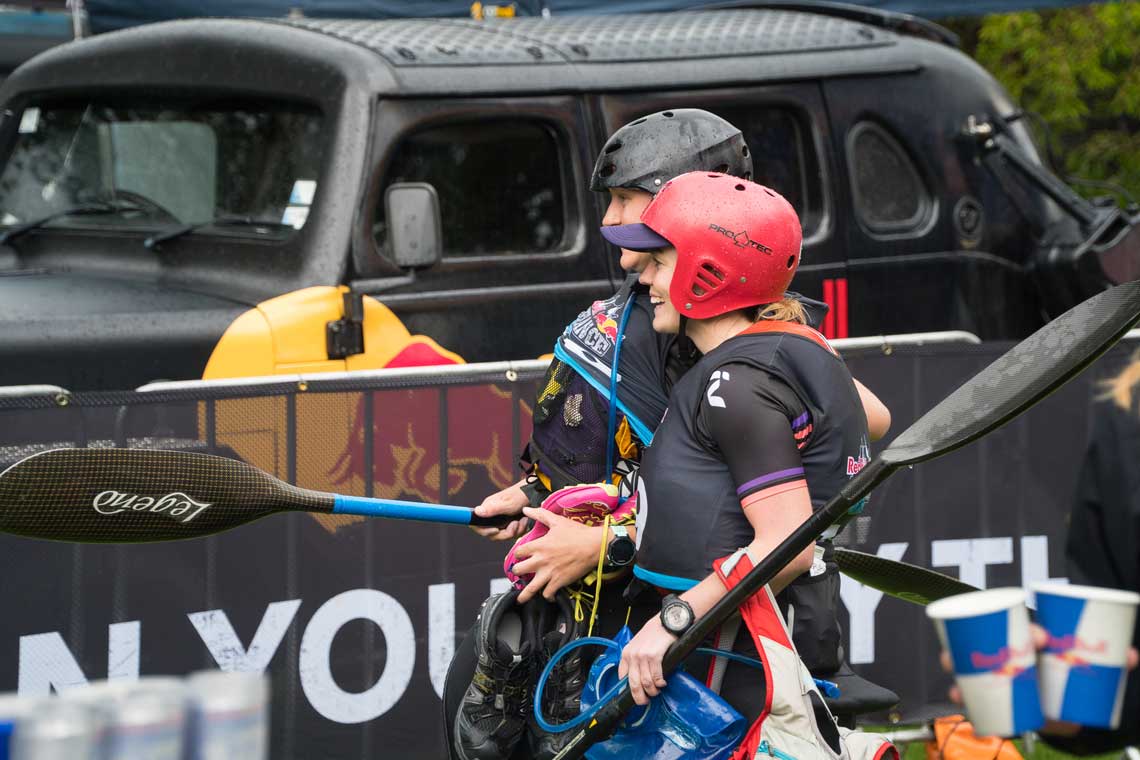 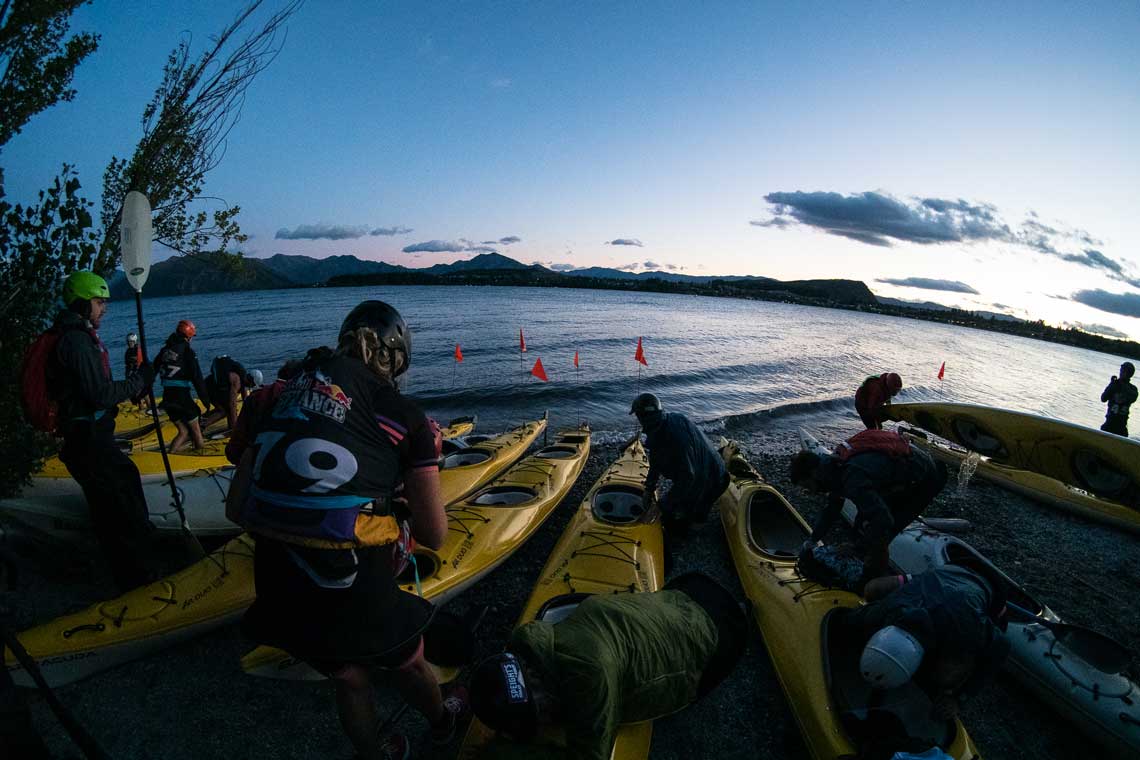 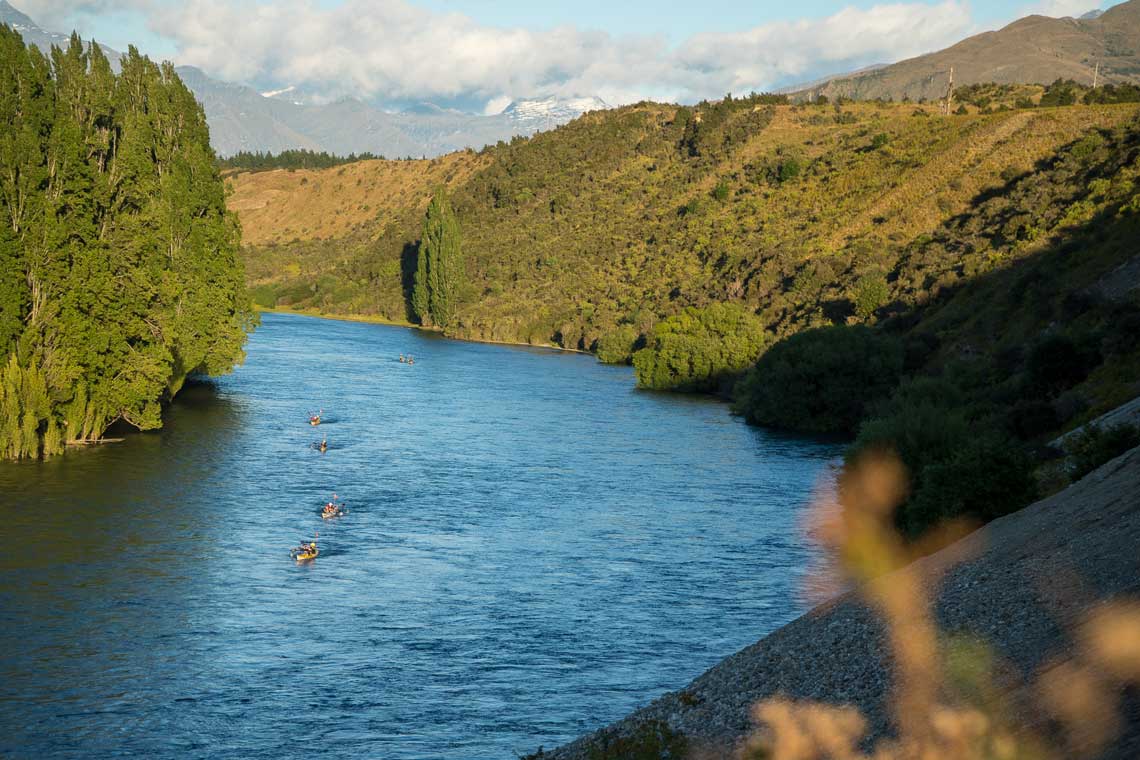 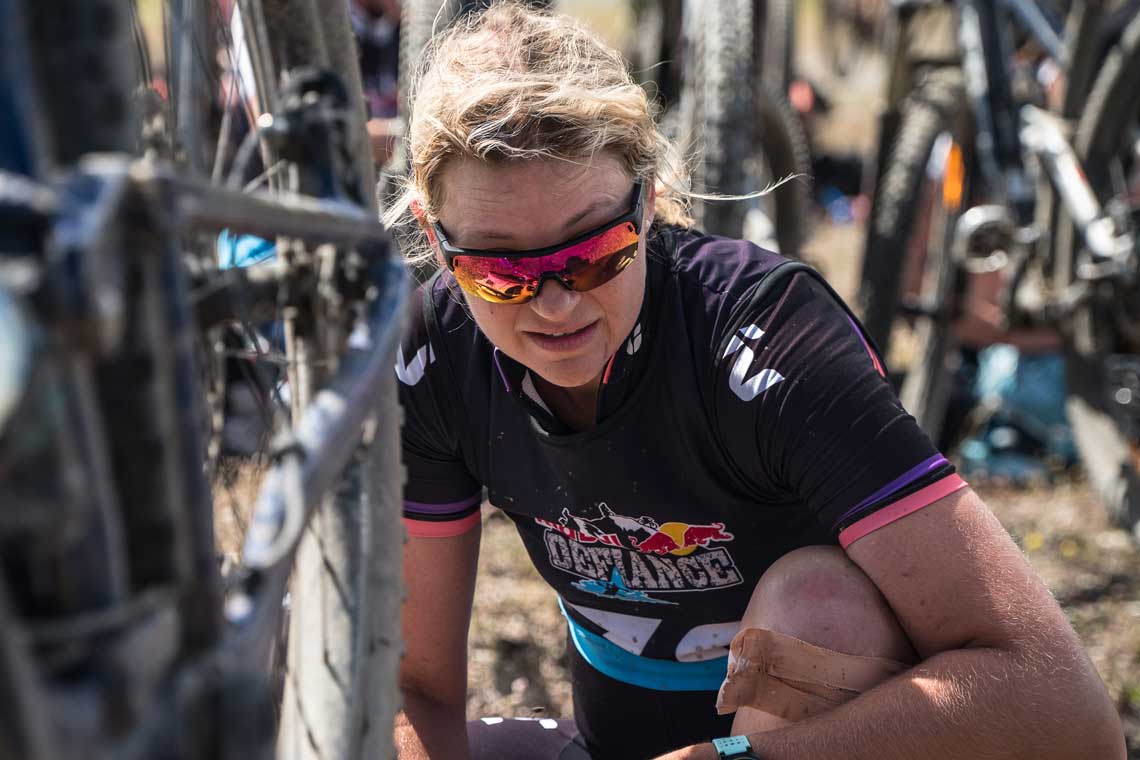 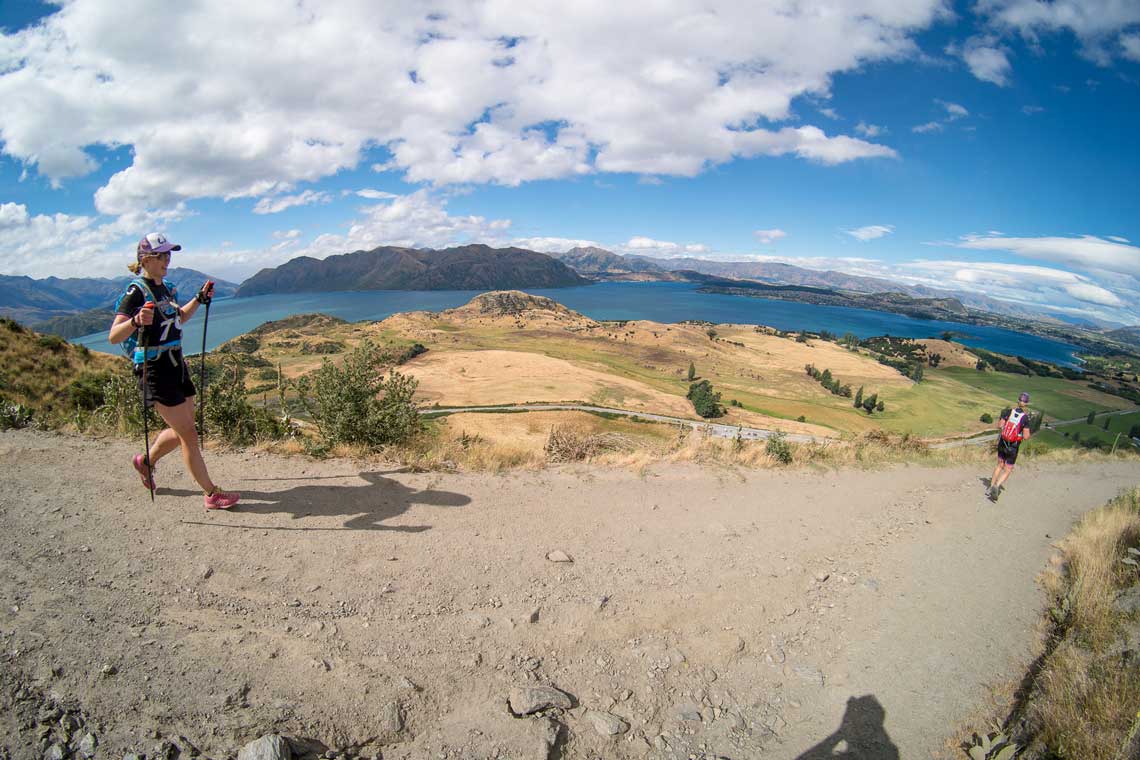 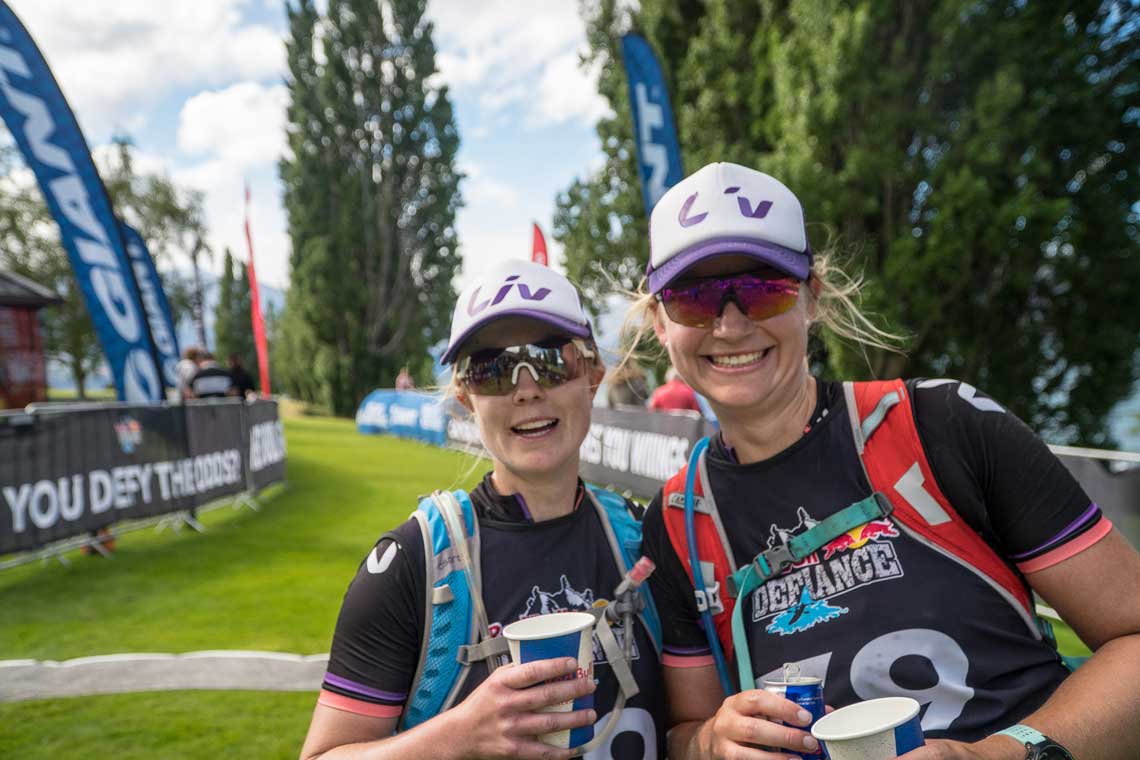