Liv Ambassador Briana Heintzelman on biking, pregnancy and how life as you know it DOES NOT end when you have a baby. 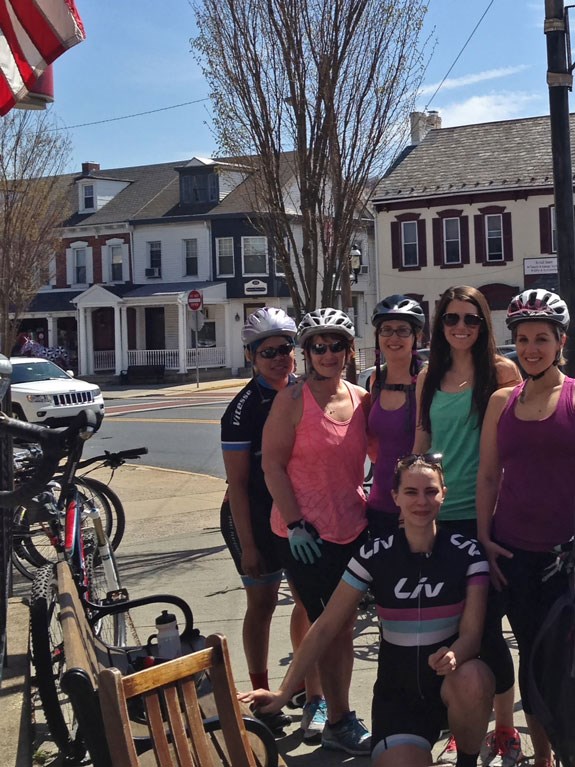 Retirement from cycling for the next nine months. I would be lying if I said the thought hadn’t initially crossed my mind. There is certainly no shortage of people who believe that a pregnant woman does not belong on a bicycle (especially a mountain bike), along with those who insisted that life as I knew it was inevitably over. The hormones surged, and a whirlwind of thoughts began to form in my mind. I pondered the future, and could not stop thinking about the countless adventures I had shared with my bikes. It was only natural that my bikes would join me on my biggest adventure yet: being pregnant with my first child.

I couldn’t help asking myself: is it safe to ride a bike while pregnant? In the beginning, I searched the internet relentlessly for information on cycling while pregnant. Many articles claim that as your bump grows, it becomes increasingly difficult to stay balanced on your bike. As the weeks rolled on, I realized that the best advice I had received was also the simplest. “Listen to your body.” There is no one who knows it better than you.

I rode throughout my pregnancy, and even enjoyed a leisurely ride on my road bike less than 24 hours before I went into labor. Not once did I ever feel unsteady on my bike. I firmly believe that just because something is true for one woman, or even most, that doesn’t mean it will be true for you.

Almost 30 weeks into my pregnancy I found myself on a flight to Arizona, headed to Liv Ambassador Camp to learn more about the bicycling company I represent as an ambassador, bond with other amazing women from all over the United States and ride bikes in the desert. I shipped my mountain bike earlier in the week without hesitation, after inquiring about the technical level of the trails we would be riding. As the fasten seatbelt sign went dark, I gazed down at my newly visible “baby bump” and suddenly realized how obviously pregnant I had become. An eyebrow or two were sure to be raised when it was time to pull my mountain bike out of its box.

The following day, we all gathered to build our bikes and I quickly realized why Liv had chosen these women to be ambassadors for the brand. I have never felt such a strong sense of community among a room full of strangers. Not only did these women support me riding, they applauded it. Some women were even inspired, which left me speechless. By simply riding my bike, I had influenced these women in a unique and positive way. As we said our goodbyes on the final day, I left with more to be grateful for than I had ever expected. 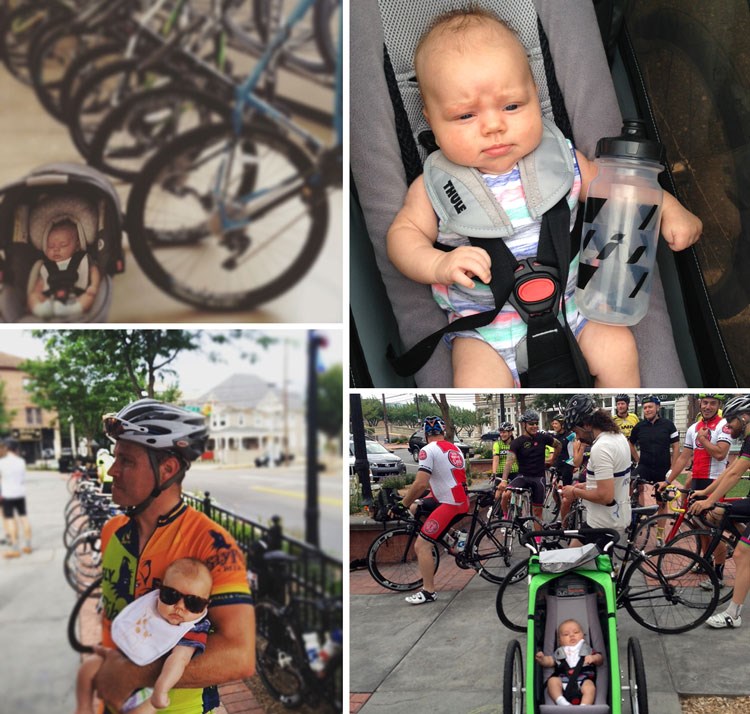 As my bump grew, I had to change some things for cycling while pregnant, but I did not stop riding. I discovered I needed to pack more water and food than I was used to. Also, traditional riding shorts became very uncomfortable in the last few months. The tight waistband put too much pressure around my belly. Since maternity cycling gear hasn’t quite caught on yet, I turned to bib shorts for more comfort (raiding your partner’s cycling gear can be helpful as well). My bike fit also needed some adjustment. I moved all the spacers on my steer tube below my stem and flipped the stem, to put my body in the most upright position possible. This also helped prevent my stomach from rubbing the nose of my saddle, up until my due date passed. At that point, the laughter that was brought about by such a bizarre occurrence was a welcome replacement to my growing impatience.

Now here I am, the mother of an amazing little boy who is 12 weeks old today. Harlan has been to multiple bike shops, attended bike events, and joined us at the local grass track. He loves his bike trailer, and hopefully one day will enjoy riding as much as his mom and dad.

It is possible to be both new parents and cyclists. We plan on racing cyclocross this season and, although it will take some juggling, I am certain it will be worth it. Being a mom is not the end of life as I knew it, it is just another color in the kaleidoscope of my life—and the view is spectacular.