Linda Indergand made history in Tokyo as part of the Swiss sweep in the women’s Olympic cross-country mountain bike race. Following Jolanda Neff and Sina Frei to the finish line, Indergand made it an all-Swiss podium on Tuesday, July 27.

Race day started with a typhoon—literally. The storm brought with it heavy rain, completely transforming the dusty Izu mountain bike course into a muddy, slippery mess. In the dry, the track was marked by several challenging sections including technical rock gardens, a large drop, jumps, berms, and steep climbs. After the storm had cleared, conditions were so treacherous that officials had to shorten the race by one lap, re-route one of the rock gardens, and install a wooden ramp on the biggest feature on course.

Linda Indergand along with the rest of team Switzerland met the last-minute changes and muddy conditions with confidence.

“I think we had a really big advantage because our technical skills trainer was here, and we had the best lines for sure, and we all know that we could ride our bikes properly,” Indergand told VeloNews. “So when the rain came in the morning, we were all excited to race.”

From the start, Indergand was never far from the leading group. Swiss teammate Jolanda Neff made her move on the first lap, riding away and keeping her distance for the remainder of the race. Behind, the action unfolded. Together with her other Swiss teammate Sina Frei, Indergand maintained composure despite attacks from other riders. The duo rode a technically superior race and surged ahead of the competition on the third lap and grew their lead through to the end. Unable to match Frei’s pace on the final climb, Indergand crossed the finish to earn the bronze medal aboard her Pique Advanced Pro 29 with a substantial 50-second lead over fourth place.

The Liv Pique Advanced Pro 29 frame was custom painted for the 2020 Tokyo Olympic Games. The bike features special graphics with inspiration from the shippo pattern, a common design in Japanese art and fashion. The overlapping circles and shapes of the design symbolize harmony and happiness. The five colors used in the design are meant to convey a sense of motion and speed in the pursuit of victory.

Click below to learn more about Linda’s road to Tokyo 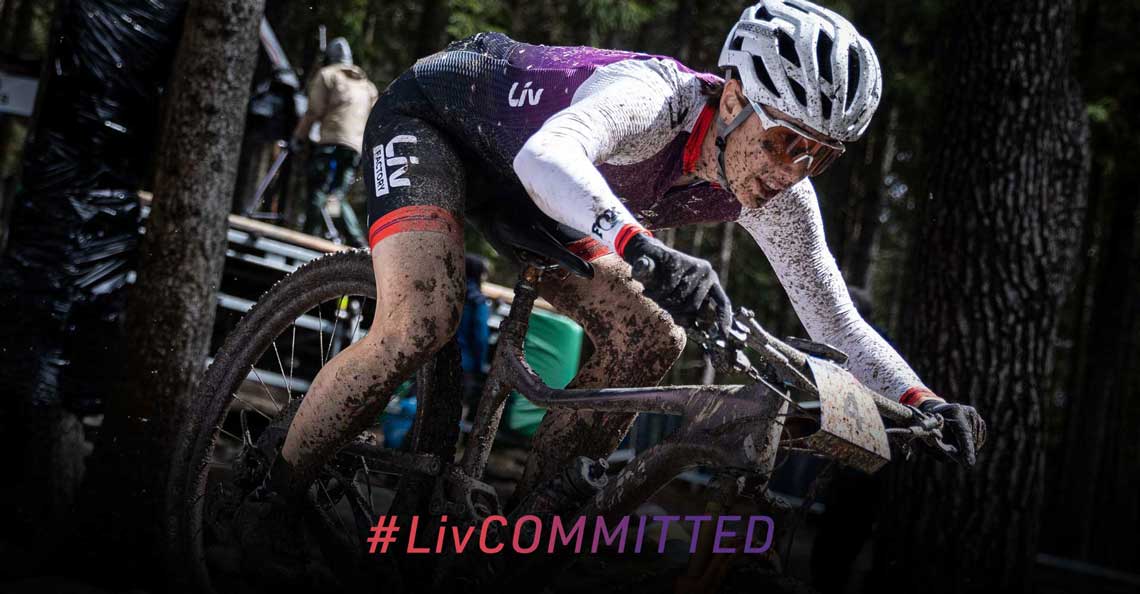